Ford Business Solutions Center to be opened in One Cotroceni Park 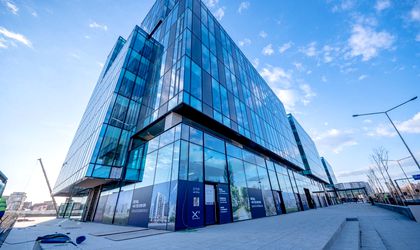 One United Properties announces the conclusion of a lease contract with Ford for the development One Cotroceni Park Phase 1. This summer, Ford will open in Bucharest an operations center called Ford Business Solutions Center (FBS). The FBS Center at One Cotroceni Park will join the Center opened last year in Budapest and will become part of the global FBS network, which serves many countries and business areas around the world.

“We are glad that a prestigious company with a long tradition such as Ford has chosen One Cotroceni Park development for the opening of the new operations center in Bucharest called Ford Business Solutions Center. It will benefit from the latest technologies and performance and safety certifications offered by One Cotroceni Park, which provides the teams with state-of-the-art workspaces, strategically positioned in the new business hub of the Romanian capital”, said Mihai Păduroiu, CEO Office Division One United Properties.

“Bucharest is increasingly becoming a centre of interest for large companies looking for key locations to develop service centres served by well-trained people and (or with) a quality voice/data infrastructure, and the opening of the Ford Business Solutions Centre in One Cotroceni Park developed by One United Properties SA is yet another argument in favour of such positioning. I am proud of the contribution CBRE Romania has made in this process and I am confident in the potential of the local market.” – Alina Calciu, Head of Advisory & Transaction Services | Occupier, CBRE Romania. 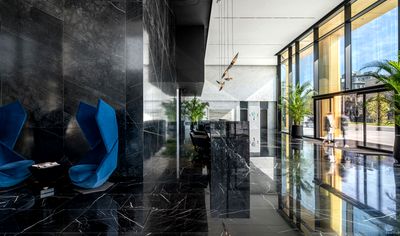 Read more about
One Tower office building, part of One Floreasca City development, has reached a 100% occupancy rate
read more

Strategically located in one of the most sought-after residential areas and the most dynamic business hub currently under development in Bucharest, One Cotroceni Park benefits from LEED Platinum v4 pre-certification, which attests sustainable operation and minimal impact on the environment and is in the process of obtaining WELL Health and Safety certification, which assesses health and wellbeing at work.

One Cotroceni Park is the largest urban regeneration project in Bucharest, with mixed functionalities, consisting of a residential area with over 850 apartments, as well as a commercial area and a business park with two office buildings to be delivered in two phases. The developer One United Properties has already announced the handover of One Cotroceni Park Phase I, an office and commercial building, with a gross leasable area (GLA) of 46,000 sqm. At this time, 77% of the office and commercial space has been rented. Phase II with a gross leasable area of 35,000 sqm, also under development, will be delivered in 2022.