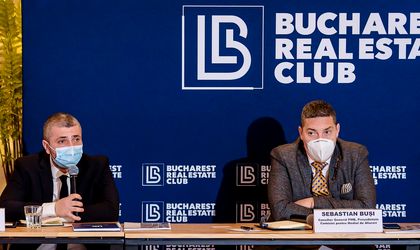 “The public speech must be changed. We do not want discomfort in Bucharest, and we publicly assume that we will not have construction sites blocked in the Capital City. Corrective measures are required at the level of Bucharest City Hall because the institution is totally inefficient now and we are currently working on digitization projects, Public-Private Partnership projects or public concession solutions. For example, on the lands that are currently under authorization process, we want to stimulate multi-storey car parking, through public grants, to be later operated by developers”, said Stelian Bujduveanu, Deputy Mayor of Bucharest, during a round table organized by BUCHAREST REAL ESTATE CLUB with representatives of real estate market and Bucharest City Hall. The event was also attended by Sebastian Buși – PMB General Counsel, Chairman of the Business Environment Committee of the PMB and Constantin Hazarian, Chairman, Planning and Spatial Planning Commission, PMB.

“We must speed up the completion of the General Urbanistic Plan because some regulations overlap, such as streets that appear over existing buildings. We want to correct these problems to give way to predictability for the business environment and not to allow deviations from the urban planning legislation. We will meet again in 3 months and present the stage of the measure,” the Deputy Mayor of Bucharest also said during the event.

“We aim for stability and predictability for the business environment that invests in Bucharest, while ensuring sound principles for the development of the city and protecting the green spaces in the Capital. The development projects in Bucharest will not stop and will operate based on the General Urbanistic Plan. In the next period we want to develop a formal and continuous framework of dialogue with the real estate market and civil society, to have public consultations before the decisions with such impact of the City Hall. In this sense, we are waiting, through the associations in the field, for all the proposals for urban efficiency from the developers, who know best the legal, bureaucratic, and commercial aspects they face every day”, said during the event Sebastian Buși, PMB General Counsel, Chairman of the Business Environment Committee of the PMB.

“The entire real estate market should not be stigmatized, and the temporary suspension of Sector Co-ordinating P.U.Z.s does not target the investors who develop in legal parameters, pay taxes and provide jobs. This action is an opportunity for the PMB Administration to reanalyze and correct them where it notices errors. This effort must be doubled by an acceleration of the realization of a new General Urbanistic Plan, leading to a sustainable, strategic, accelerated development, to more predictability and transparency in the real estate field and to the development of the infrastructure at the level of the entire Capital”, said Constantin Hazarian, Chairman, Planning and Spatial Planning Commission, PMB 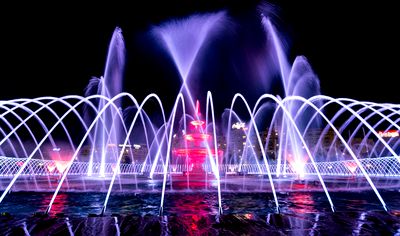 Read more about
The fountains in Unirii Square will reopen on Saturday, with an impressive multimedia show
read more

BUCHAREST REAL ESTATE CLUB organized a roundtable with the private real estate investors and representatives of Bucharest City Hall, following the decision of the General Council of Bucharest City Hall at the end of February to suspend the Urbanistic Area Plans (Co-ordinating P.U.Z) from five sectors for 12 months.

“We are glad that the representatives of the Bucharest City Hall are open to dialogue and we want to continue to highlight that, as it happens in the big European capitals, any impactful decision of the General City Hall should have a component of consultation with the private business environment, which has been contributing for years to the development of Bucharest and to the overall city’s attractiveness for other type of investments and tourism. We will continue to initiate such consultative meetings, in order to ensure a coherent platform and transparent dialogue”, said Despina Ponomarenco, President of BUCHAREST REAL ESTATE CLUB.

“Local administration transparency and legislative predictability are key criteria that guide investors in the decision-making process. To attract sustainable investment, we need dialogue and support from the administration, as is the case in all European capitals,” said Antoanela Comșa, President of AREI – Real Estate Investors Association and General Manager of Gran Via Real Estate, a Spanih investor with over 2,000 apartments delivered on the local market.