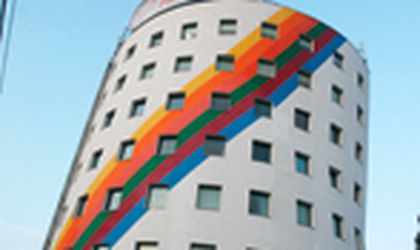 The Oradea and Satu Mare projects will feature around 500 apartments in total, while the project in Timisoara was scheduled to deliver 250 apartments.
None of them had been started and neither had financing prepared. Fabian has however continued its office projects, and has received several bank loans to finance them. The fund received a loan from Bank of Cyprus in September this year for the Romana office development. “An initial drawdown is expected in the fourth quarter to repay part of the equity invested to date. Maximum gearing on the construction loan is 83 percent of costs while the investment loan is 75 percent of the open market value once constructed,” Fabian said.
The fund refinanced the loan for Cascade office building through a EUR 13.8 million refinancing from Bank of Cyprus. The fund had initially financed the project through a loan from Investkredit Bank.
Fabian has managed to receive the loans at a time when bank loans have been difficult to secure, due to the financial crisis.
“In line with other countries, the availability of bank credit in Romania has now become more difficult,” said fund representatives.
Fabian is involved in New Town residential development scheme, which is underway with construction works. The sales for New Town were slow in the third semester but have now reached 285 pre-contracts signed.
Construction works on the first phase, of 315 units, is almost finished, with delivery set for March 2009 and sales agreed on 85 percent of the apartments, fund representatives say. The value of Fabian's office portfolio, comprising 33.3 percent of the company's net assets as at 30 September, 2008, was marked down by 2.6 percent during the period, resulting in a fall of EUR 1.8 million.
The negative impact of rising yields was partially offset by a combination of higher actual rents for several buildings as a result of new leases signed during the period as well as higher forecast reversionary rents for other leases, according to Fabian.
Corina Saceanu