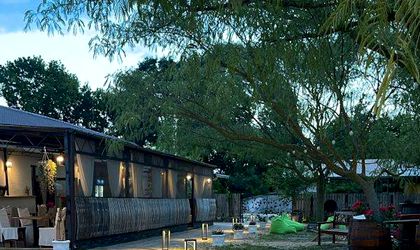 The domain stretches on six hectares and is one of the most renowned vineyards existing on the Romanian seacoast. The vines cultivation tradition stretches a period of over 45 years, of which the last 20 years under the coordination of French entrepreneur Anne Marie Rosenberg, who bought the estate in 2002. About 18,000 bottles are currently produced here every year, with Clos des Colombes wines winning several national and international awards.

Additional to the vinery, which has a surface of four hectares out of the six existing, the domain also includes a wine cellar, a restaurant with about 100 seats – declared best regional restaurant from Dobrogea region by Gault Millau, and several accommodation units.

”Olimp will develop significantly in the future and has all the prerequisites for creating a different model of tourism, with integrated projects, large green areas and different leisure options. We acquired Clos des Colombes because it integrates itself very well in the whole picture and we have already stated investments in expanding and modernizing the winery, the restaurant, and the estate, which we want to become a gastronomic and tourist destination itself for the southern part of the seacoast”, stared Virgil Lixadru, managing partner Euro Vial Residence.

Olimp is foreshadowing to be a new real estate and hotel development pole, currently being announced or under construction projects that will attract investments estimated at several million Euros.

Euro Vial Residence delivered so far two residential projects in Mamaia – Sea ON and Lake ON, totaling 568 apartments, and Forest ON, located in Baneasa area from Bucharest, with 36 apartments, following an overall investment of approximately EUR 45 million.