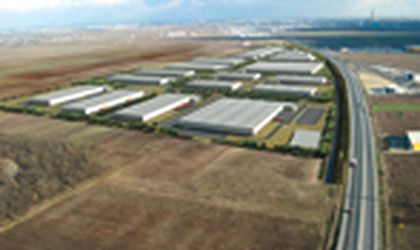 Investment fund Equest Balkan Properties is planning to focus on developments in Romania, with three retail and logistic projects in the pipeline for the following period in the country. The fund, managed by Equest Partners, is not planning to make an exit in Romania, but is underway with selling a significant mature asset it holds in another country, in order to finance its pipeline of investments in Romania, George Teleman, partner with Equest, told Business Review. Apart from Romania, the fund, which is listed on London's AIM market, owns properties in Bulgaria, Macedonia and Serbia. The fund hopes to finalize a sale in the coming period, so as to start the projects in the pipeline as soon as possible. One of the biggest single assets it owns is Bulgarian City Center Mall, a shopping center of 22,700 sqm of gross lettable area, purchased in May 2006 for EUR 94 million.
The decision to sell assets in the portfolio was triggered by the lack of financing from elsewhere. Real estate is not currently appealing for investors to put their money in, says Teleman, while banking financing is harder to secure. Equest has recently received a EUR 25.6 million loan from Raiffeisen Zentralbank Osterreich for completing Equest Logistics Centre, while in November last year it received a EUR 37.8 million loan from Bank Austria Creditanstalt, in order to finance works at Vitantis Retail Park.
Equest, which was supposed to raise an additional EUR 200 million from its shareholders last summer, but failed to do so due to the unfavorable market, had to give up on two retail projects in Bucharest over financing issues. “We have only kept the projects with a good yield and we have secured them,” says Teleman.
The two retail projects in the pipeline will be similar to Equest's Vitantis project in Bucharest, but will be located in other Romanian cities, while the logistics project is in Bucharest.
“It makes no sense to exit from Romania at this moment. On the contrary, it makes sense to continue with retail and logistics projects, now that we already have the experience,” says Teleman. He sees high demand for logistics facilities in Romania for at least a year and a half from now, and believes those who deliver logistics in the coming period will achieve good rents. Equest Logistics Park, with a first building already rented out, will have a second phase completed in September this year.
If Equest has more financing available, it will also consider working on logistic projects in other cities in Romania.
The investment fund's strategy is to focus on developments rather than investments in finalized assets. Equest is currently working on the Vitantis retail project in Bucharest and on Equest Logistics Park.
“We already have experience in developing projects in Romania, we have our own in-house development team, and they already know how it works if we set realistic and achievable targets,” Teleman said.
The office buildings in Equest's Romanian portfolio provide income, which covers all other types of outgoings, such as management and refinancing costs, for example. “Assets which cover all other costs are optimal to hold,” he added. On the other hand, the sale of smaller Romanian assets which carry banking loans would not ultimately provide enough equity to finance a larger project, says Teleman. Equest currently owns four office buildings in Bucharest, with areas varying between 790 and 4,000 sqm each. Moldova Mall would need an upgrade before a sale could even be considered, while the income produced by Modul Shopping Center in Targoviste is currently covering all the needed payments, Teleman said.
Equest Partners also manages Equest Investments Balkans (EIB), an investment fund which invests in other types of businesses, like retail, distribution, financial services, and infrastructure. While for real estate it is harder to raise money from investors nowadays, for this second fund is it easier to raise equity, said the partner.
The fund has recently co-invested in a 10 Mw co-generation unit in Bucharest, close to CET Titan, a project which requires a total investment of EUR 10 million. It is also major shareholder in Romanian retailer Domo, which was acquired last year for around EUR 62 million, and which is now in the process of consolidation with the Bulgarian retailer Technomarket, also controlled by the fund.
“We haven't decided yet whether we will float the Domo-Technomarket group, but listing is an option,” said Teleman.
EIB has recently invested in Novera, a waste management company in Bulgaria, and is interested in a similar investment in Romania. Novera is currently providing waste collection, street cleaning and snow clearing services to the Municipality of Sofia.
It is also looking at consolidating its portfolio of companies active in distribution in Romania, said Teleman. EIB controls the retail chain Technomarket in Bulgaria, Serbia and Montenegro, Domo in Romania, and Bulgaria Avto Union, which imports and distributes automotive products and services.