DTZ Echinox expands with countrywide offices, does not rule out possible acquisitions 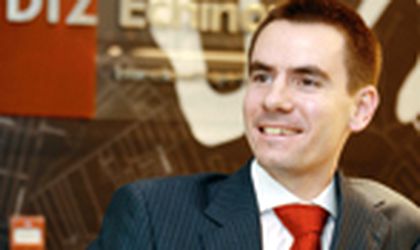 “DTZ, which is a publicly-listed company, sets up partnerships with companies in various countries to represent the brand locally, after which it buys equity in these companies, sometimes up to full ownership,” Peter Collins, managing director with DTZ Northern Europe, told Business Review.
While the company says it could buy the Romanian office, which now operates under a management and service contract with DTZ, no timeframe has yet been established. “In Sweden, we have bought 80 percent of the office there eight years after the company was set up; in Italy it happened after five and in Spain after five or six,” said Collins. The group has been active in Romania through DTZ Echinox for the last five years. It has not yet bought a share package in DTZ Echinox Romania.
As for other acquisitions on the market, Tim Wilkinson, managing director of DTZ Echinox, says that if the company sees an opportunity in this respect it will go for it, although for the moment this was not the case.
The company, which accounted for a turnover between EUR 2 and 3 million last year, plans to double the figure at the end of this year, following the trend of recent years. “There was very good timing with our office set up. We started in 2002 and the local real estate market took off in 2003,” Wilkinson said. He added that the company's growth over the last year was mostly driven by the market increase, and by the fact the company was trying to work less as a real estate broker and more like a consultancy.
DTZ Echinox is the fourth-biggest office DTZ has in the CEE region by staff size, and one of the top growing offices in the last period. The local office has Mihnea Serbanescu as general manager. The office market, the valuation and the consulting department, along with industrial and retail, the latter two picking up, bring DTZ Echinox most of its growth.