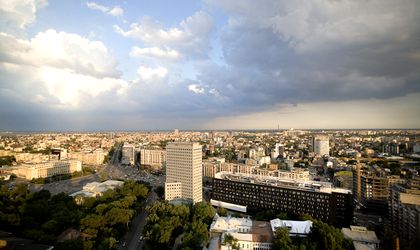 The Bucharest residential market is expected to reach a stock of 15,700 new units by the end of 2011, as shown by a recent study by DTZ Echinox.  With nearly 1,000 apartments announced for completion in 2011, the new supply is significantly lower compared to approx. 4,100 apartments completed in 2010.

According to DTZ Echinox estimates, the amount of 20,000 units sold annually will remain fairly constant for the next period, while the new apartments will count for approximately 15 up to 25 percent on the a medium term.

According to the study, the average inhabitant of Bucharest cannot afford to acquire the average dwelling in the city. The reduced affordability keeps the number of transactions at relatively low levels compared to similar European capitals. While Bucharest has registered only 1500 new apartment sales in 2010, other capitals in the region have seen significantly higher sales volumes. 10,260 new residential units have been transacted in the Polish capital in the same interval, around 7 times more than in Bucharest, while Budapest has had 2,5 times higher sales, respectively 3,885 units.

Prices for new residential properties in Bucharest seem to have reached a certain stability, as shown in the DTZ Residential Market Overview H1 2011 study, following dramatic fluctuations over the past 5-6 years. The value per sqm in newly built residential premises is currently estimated at around EUR 950. Next year might bring a slight increase of 5 percent, followed by a moderated growth trend for 2013, when residential prices could get up to 10 percent higher.

According to official statistics (as of February 2011), a total of 34,858 units amounting EUR 1,4 million have been sold from the moment the ‘Prima Casa’ program became active.