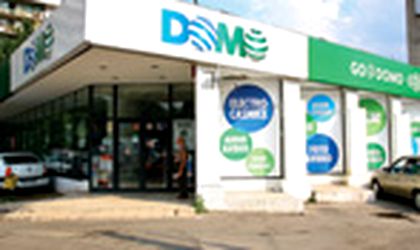 Domo Retail accounted for an operating profit of EUR 12.9 million and a net profit of EUR 8.5 million, down 14 percent on 2006. It reported a turnover of EUR 122.5 million in 2006 and a net profit of EUR 10 million. The profit in 2006 also included the gains following sales of shares worth EUR 5 million in Estima Finance, according to Lorand Szarvadi, general manager at Domo. The company runs 124 retail outlets in Romania, besides the Technomarket center opened in October 2007, delivering a total sales area of 58,000 sqm. In 2008, Domo Retail plans to open 13 Domo branches countrywide, of which five will be in Kaufland hypermarkets.Domo Retail's main shareholder is investment fund Equest Investment Balkans Limited (EIB) which bought a 75 percent stake in the company in 2007 for EUR 62.5 million. The purchase was completed by EIB's subsidiary, Lynx Property BV. The remaining 24.5 percent of the shares are owned by Dominuse Management Ltd, which is controlled by the company's founders Lorand Szarvadi, Zsuzsanna Szarvadi and Ferenc Hegedus.