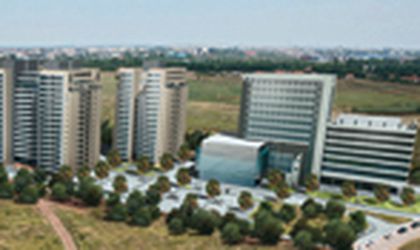 Despite commanding lower residential sale prices than in other markets where Dimri is active, like Georgia and the Czech Republic, Romania is no less attractive to them. “We don't have a problem in working with lower prices,” said Dimri.
The company's first project in Romania, the 3,600-unit Dimri Allegro in western Bucharest, will be priced at EUR 1,100 per sqm plus VAT, which is, according to Dimri, slightly lower than the pricing of new residences in the area.
“The price will increase when the market gets familiar with our projects,” he said.
So far, Dimri has invested EUR 30 million in land in Romania, where it owns four plots, totaling some 13 hectares. “For some of the plots we have previously bought in Romania, we paid double, even triple what we are buying now,” said Dimri. The price of land has already stabilized in Romania, and the company has several other land purchases in its pipeline, according to its representative.
“Romania is lagging four years behind the Czech Republic. There, prices are high but stable,” added Dimri.
The developer is planning to build the 3,600-unit Allegro project in Ghencea in three phases, with the first two ready to be delivered in 2010 and 2013, respectively. It will cost the company EUR 135 million to build the 1,100 apartments in the first two phases, with construction works having already started. The project will also feature 12,000 sqm of offices and a retail center on 6,000 sqm, as well as sports facilities.
The company owns some more land in Ghencea, as well as a five-hectare plot in Pipera. It also has plans for Ploiesti, where it owns two plots of land, destined to host residential and retail spaces. The investment scheduled for Ploiesti will reach some EUR 70 million, according to Dimri.
Corina Saceanu