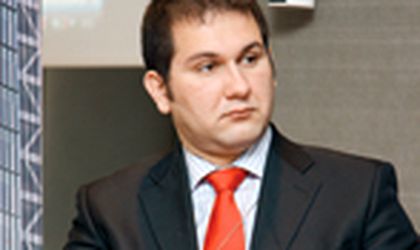 “The project began this year with an industrial park in the Czech Republic and will continue to 18 of CTP Invest's 36 parks in the region,” said Hanu at Business Review's Realty forum last week. The developer had previously planned to start an initial public offering (IPO) in order to finance its expansion, but has now postponed its plans due to the unfavorable situation on the financial markets, said the manager. “We have had cash-flow difficulties and delays in payments to contractors, so the situation was delicate towards the end of last year,” added Hanu. But as the developer had previously borrowed EUR 200 million from various banks, it went back to get another loan, which it secured from Erste Bank, for around EUR 146 million, in January this year. “This was the turning point for us. We then started to deliver our projects and managed to get new financing which was not possible before, when projects were not yet completed,” said Hanu. “We haven't drawn all the available money yet.”CTP Invest owns plots of land in several Romanian cities, where it intends to build a chain of logistics projects. One of the projects will be in Bors, in Bihor county, another one in Madaras, another is planned for Pitesti, and a fourth for Turda.
Corina Saceanu