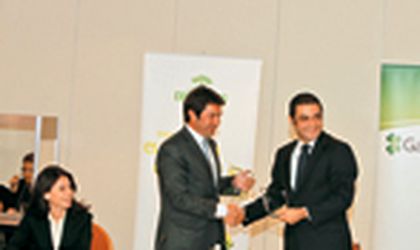 The money will be used by the company to finance the development of the first two stages of Cosmopolis, works on which started in September 2007. According to Ahmet Buyukhanli, president of Cosmopolis, the next development stages of the project will be financed from the apartment sales. The entire project will be developed in seven construction stages until 2014, when it will deliver over 1 million built sqm, of which 665,000 will be residential developments of 6,000 units and 220,000 will be commercial.
According to the developer, from the entire investment, the infrastructure works in the area will require EUR 60 million.
According to representatives, the project's first development stage of 65,000 sqm will deliver 565 residential units and so far, the developer has sold all that it has put on the market.
The second stage will total 1,250 houses set for completion in 2009. From this stage, 600 units have been acquired, according to Opus Land. “Monthly, we sell an average of 100 residential units, the best sold being the ones delivering 80 sqm and costing EUR 80,000,” said Ahmet Buyukhanli.
Since September 2007, sales prices have increased by 10 to 15 percent. The developer expects further increases depending on the market conditions.
Opus Land previously announced a drop in sales at Cosmopolis during 2008, the worst month being July. “We also felt the blockage on the real estate market, registering a fall in sales in the first half of 2008,” said Cosmopolis sales representatives.
Magda Purice