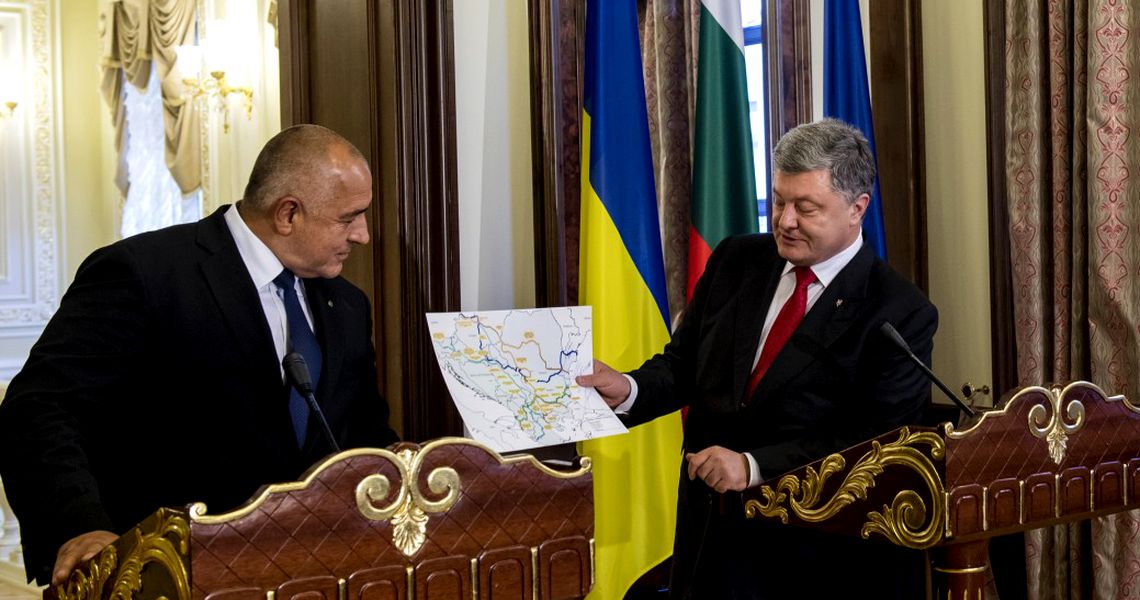 Ukraine and Bulgaria want to build a new road between Odessa and Varna through Romania’s Eastern province of Dobrudja, with the involvement of Romanian partners, the president of Ukraine Petro Poroshenko said in a press release, following a meeting with Bulgarian Prime Minister Boyko Borissov.

“We agreed that we will intensify the issue of the road construction along the transport corridor from Odesa region, through the territory of Romania to Bulgaria,” Poroshenko noted.

According to a photo released by Ukraine’s presidency, in which the two leaders are showing a map with the main roads in the region, the new road seems to follow the itinerary: Odessa – Cetatea Alba/Bolhrad – Reni (on the Ukrainian side of the Danube), Tulcea – Negru Voda – Varna.

The president of Ukraine suggests Romania’s government will be attract as a partner in this project of Ukraine and Bulgaria.

“I hope that the resources of the European Union will be on our side as well. We will also attract our Romanian partners. And we will do our best to ensure that in the near future you can drive from Odessa to Varna in a few hours. I think that these are extremely successful examples of our effective cooperation,” Petro Poroshenko said.

It is not clear if the new road will be a motorway or another type of highway, but Ukraine promise to modernize an existing road between Odessa and Reni.

“I hope that we will be able to travel a significant part of the distance from Odesa to Bolhrad (Cetatea Alba in Romanian) by the new, renovated, modernized Odesa-Reni road, which is also an investment in the rapprochement between Bulgaria and Ukraine,” Poroshenko added.