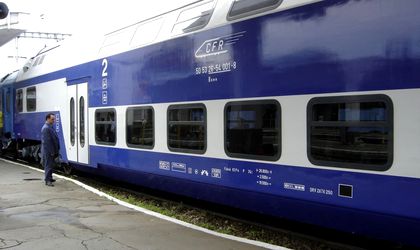 The Romanian Railway Company (CFR) has announced it will launch two tenders by the end of the year to select a consultant and a constructor for the works to upgrade the railway between Bucharest’s North Station and the Henri Coanda Airport.

The value of the contract is estimated at RON 497.3 million (EUR 106.6 million), excluding VAT. The deadline for companies to express interest is December 24, when the assignment procedures should start.

The project will be financed through the Large Infrastructure Operational Program.

CFR estimates the length of the contract at 14 months for projection and execution, with a 60-month warranty period.

The airport train link should be completed by June 2020, when Bucharest is expected to host four matches as part of the European Football Championship EURO 2020. Authorities have also been talking about a subway link to Otopeni, but it would be impossible to complete it by 2020, whereas the rail project is much more likely to be finished by mid-2020.