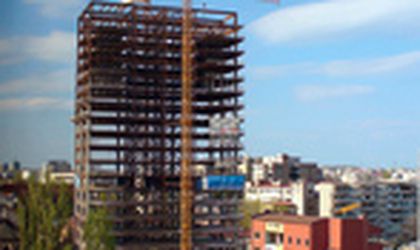 The Cathedral Plaza project was approved by the Bucharest district 1 city hall in 2006, and has been fought in court by the Catholic Church ever since.
The office building, which will be made up of 18 levels above ground and five underground floors, is being built near the Romanian-Catholic archiebishopy in Bucharest, on a land plot of 1,822 sqm. When completed, it will deliver a total built area of almost 26,000 sqm.
The project developer Willbrook Management International holds a EUR 6 billion portfolio of projects in Romania, Bulgaria, Turkey, Latvia, the Czech Republic, Georgia and Poland. In 2008, the developer announced it was planning to spend EUR 2 billion on 25 projects in Romania with the completion date set for two years' time.
At that time, Willbrook said it would not increase the number of projects due to administrative issues. Previously the firm revealed that most of the problems it had had to face in its projects had come from the local authorities.
Magda Purice