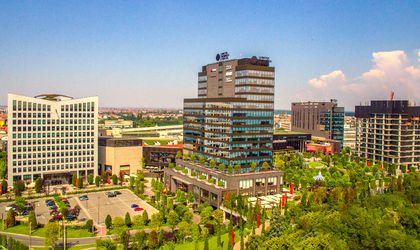 Iulius Town Timișoara, an urban regeneration project developed by companies IULIUS and Atterbury Europe via a EUR 442 million investment gained international recognition for its integrated mixed-use concept, its positive impact in the community and for innovation.

The only mixed-use project in the west of the country was named the „5 Star Winner Best Mixed Use Development Romania” in The European Property Awards, the most prestigious competition in the region.

Iulius Town Timișoara achieved the maximum distinction (5 Star Winner) in the Mixed-use Development category for Romania in the international competition. This level is only granted to projects achieving more than 75% of the score given by the specialized international jury for sections such as location and city connectivity, architecture, sustainability and innovation, integrated facilities and services, uses and impact within the community. The high score achieved by the project, one of the highest in Europe, got Iulius Town Timișoara nominated in the following selection phase, alongside three other projects in Russia, Cyprus and Turkey, for the “Best of Europe” title.

Iulius Town Timișoara is a landmark for Romania, as well as abroad, via the innovative synergy between retail, office, park and public infrastructure, but also for its merits in achieving the revitalization of an underdeveloped area and integrating it in the dynamics of the city.

Iulius Town addressed the effective demand for premium offices, high end brands and entertainment destinations in the western region of Romania, such uses making everyday life and leisure in nature a lot easier. In fact, these are the main advantages that garnered international recognition for the mixed-use project. The fully fitted-out park, with mature trees, lawn, lake, outdoor squares and promenades, as well as the investments in the connectivity between the project and the city, playing a great part in urban mobility, such as the traffic underpass, pedestrian connections and upgrades to arterial roads, investments which add up to more than € 21 million, are uses that are rarely found in real-estate developments in Europe and were all the more appreciated. 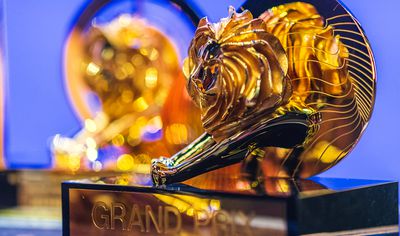 Iulius Town came into prominence as the regional business center, with three green office buildings, which are built and operated in line with sustainability principles. In total, it comprises 50,000 sqm of premium office space, accommodating the headquarters of 30-plus multinational companies and 5,000 employees. Along with the other components of the project, there are more than 8,000 people working in Iulius Town.

Aside from the considerable economic influx and the major impact in terms of investment attractiveness, the only urban regeneration mixed-use project in the west of Romania is an urban hub for socializing, bringing together the local and regional community. The largest retail surface area in the country (120,000 sqm) accommodates more than 450 of the most famous brands, as well as concepts by local entrepreneurs and producers, the most diverse offer of themed coffee shops and restaurants in the city, VIP cinema, the largest fitness club in the country, the first kindergarten where children are taught in English and following a British curriculum, as well as a primary school, a conference center and all the necessary everyday services.

All the facilities provided by Iulius Town are enhanced by the park in the heart of the project, which has become the main attraction of the city owing to the refreshing landscape it provides, the many events it accommodates and the variety of options for spending time in nature, all the more since last year, when outdoor socializing became the norm.

The project is a magnet not only for the population in the region, but also for the public in Serbia and Hungary, who usually come here for shopping and relaxation.

The International Property Awards have been organized for 27 years now and cover more than 45 real-estate categories, in regional competitions for Europe, Arabia, Africa, Canada, Central & South America, the Caribbean, USA, United Kingdom and Asia Pacific. The independent jury is comprised of 80-plus experts in the industry.