Colliers: The first 9 months of 2020, the strongest in the last decade for real estate investments. Volumes are already 27% higher than those recorded in the whole 2019 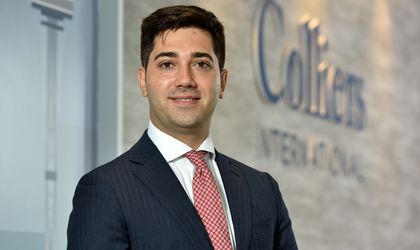 Almost two thirds (62%) of real estate investors confirm interest for acquisitions of new projects, both in Bucharest and regional cities, and are currently ready to buy at more favourable conditions, given the new economic context generated by the Covid-19 epidemics, according to a survey conducted by Colliers International on the investment market among nearly 50 real estate companies representing investment funds, developers, asset managers and banks.

Investors continue to show the most interest in industrial and logistics projects, with optimism increasing since April, when Colliers conducted a similar survey. The share of respondents stating they want to better understand the situation before making a move has dropped from 67% in April to 30% in October. Moreover, the percentage of investors ready to “buy at more favourable conditions” has increased from 23% to 62%. Coupled with rising interest which Colliers gauges in constant discussions with clients, there is a strong case that market activity is on an upward trend.

“Industrial and logistics assets are coming into the spotlight for investors, with optimism increasing since April. The improved perception about industrial schemes is even more visible when referencing purchase prices, with 51% of respondents expecting to see higher purchase prices for these assets over the next year, up from 16% in April. The sentiment regarding hotels and retail over the next 12 months is cloudy. Nevertheless, we still see investors looking for value add angles or opportunistic buys. The continuation of the medical crisis maintains a level of re-adjustment on the office market, prompting greater segmentation between different types of products and prices as well”, said Mihai Pătrulescu, Senior Associate Investment Services at Colliers International.

Regarding the financing availability, there are some improvements since the April survey conducted by Colliers, though the majority of investors (55%) still expect a short-term worsening, versus 74% in the April survey. Some modest improvements are also noted in the share of answers for funding costs. Bank aversion remains a potential issue over the short term, highlighting a still strained market. 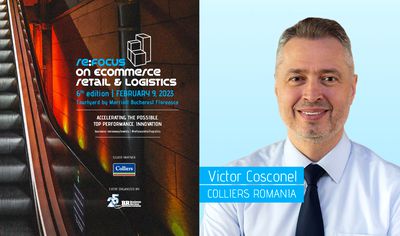 Meanwhile, investment volumes on the local real estate market reached nearly 820 million euro in Romania in the first three quarters of the year, up by 45% versus 2019’s same period and 27% more than in all 2019, making the best three quarters in the last decade, with office assets accounting over 90% of volumes. While there is some inertia at play, it is encouraging that the year’s biggest deals – the sale of the NEPI Rockcastle office portfolio for over EUR 300mn to AFI Europe and the sale of Floreasca Park to the Fosun/Zeus JV for over EUR 100mn – were both finalized in August, in spite of the pandemic.[HA1]

A recession with a much swifter recovery

The investors are still looking at a recession with a much swifter recovery than that of 2009, with the real estate segment being resilient against this backdrop. The main issue on the mind of real estate market participants is the uncertain global economic backdrop (51% of answers), followed by concerns about Romania’s fundamentals, like its fiscal imbalances (40% of answers) and uncertainties about real estate in general (38% of answers). This suggests a fairly difficult backdrop for conducting deals, but it appears that general concerns weigh a bit more than Romania’s specific problems.

“While in April there was a clear consensus that in terms of securities, both representations & warranties and insurance conditions would tighten, things seem to have stabilized now. For instance, with regards to insurance, 38% of respondents look for further tightening, versus 66% in April, and for representations & warranties 55% expect a tightening versus 64% in April. The vendor due-diligence process also seems to have reached a more comfortable level and this is also quite positive for future transactions, according to the survey. Summing up, we have a market in recovery-mode, though the survey also highlights the so-called K-shaped recovery, as some sectors are recovering much faster than others. Industrial assets are clear winners, followed by office at a distance, with retail and hotels still suffering”, declared Anca Merdescu, Associate Director Investment Services at Colliers International.