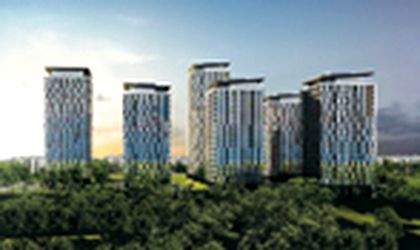 The ECDC fund is currently co-owner of the Asmita residential project in Bucharest and is the only fund managed by Charlemagne Capital which is still investing in Romania, after European Convergence Property Company (ECPC) made an exit last year.
The fund is negotiating for the three possible partnerships and in two to five years could reach EUR 300 million of investments in Romania. To date, it has invested EUR 30 million in Romania.”There are more opportunities in Romania at the moment. Some of the small investors pulled out because they hadn't received bank financing,” said Dennis Selinas, Charlemagne Capital representative in Romania. Demand has decreased since these investors left and land owners have become more flexible, he also said. However, despite these new opportunities, investors are delaying investment decisions due to the international financial situation.
“Land sellers are more keen to sell and have become more flexible. There are also more opportunities to partner local developers, who have become more willing to share risks,” says Mihai Diaconescu, consultant property & private equity with Charlemagne in Romania.
ECDC has EUR 30 million of equity left for further investments in Romania and Bulgaria, after already investing EUR 56 million. Last year, Charlemagne Capital launched a new fund called BRICS, with a EUR 250 million funding target. Eastern Europe will most likely get 25 percent of this amount.
Apart from half of the Asmita project, the ECDC fund holds a participation in Cascade Euro Tower office building in Bucharest. The fund will build in partnership with Dickau Investments a EUR 82 million office building north of Bucharest.
Corina Saceanu