A new peak in total transaction volumes of EUR 13.9 billion was reached last year across the CEE region. Including Austria and Serbia, the volume is even greater at EUR 20.19 billion. In Romania, transaction volumes surpassed the EUR 1 billion milestone and is the only main CEE market which has not seen significant yield compression.

The total investment volumes doubled over the past 6 years within the extended CEE region that comprises Czech Republic, Hungary, Poland, Romania, Slovakia, Austria and Serbia.

Most countries within CEE reached new investment milestones: Poland has the largest share (38 percent), followed by Austria (30 percent) and the Czech Republic (15 percent). Austria and Poland surpassed the EUR 5 billion level, reaching EUR 5.98 billion and EUR 7.7 billion respectively, while Romania, Hungary, and the Czech Republic all recorded volumes over EUR 1 billion (EUR 1.06, 1.72 and 2.98 billion at the end of 2019).

Once again, transactional activity was dominated by the office sector accounting for 44 percent of the total volume, followed at a considerable distance by the retail sector with 20 percent and Industrial with 14 percent. Hotels, Residential, Mixed-use projects, and Multi-use portfolios represented a combined 22 percent. Over half of the total volume, 59 percent, was transacted in the capital cities.

The main source of capital over the last six years was from Western Europe with an average share of 35 percent, followed by local investors with a share of 28 percent. Investors from other overseas destinations, including China, Russia, Australia and Canada, have deployed EUR 14.27 billion since 2014, representing a share of 16 percent. American investors claimed 11 percent of the total volume, followed by South Africans, investors from CEE Countries, and Israeli investors with a combined share of 10 percent, according to the latest Real Estate Investment Market Outlook 2020 report on extended CEE region launched by CBRE this month. 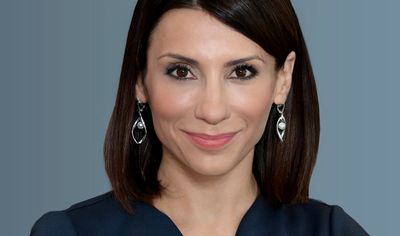 “It’s the fourth year of growth in a row, with a new record transaction volume for the CEE core countries and an excellent performance for the extended region. In 2020 we expect to see a continued interest from investors for products across CEE markets, that will require a higher level of advisory and business acumen. CBRE expects COVID-19 is likely to have a negative short-term impact on certain sectors of the commercial real estate market in Europe, provided the outbreak is brought under control in a reasonable timeframe. commented Anthony Selman, Head of Investment Properties CEE at CBRE, the leading real estate agency of the region for two years in a row, accounting for almost 5 bln. EUR in 2019.  This represents a 33 percent market share.

After a strong year in the investment market, marked by continued appetite from local investors, Romania still has the highest prime office yield of the region, 7 percent, remaining attractive for local and international capital. With 74 percent of the total volume, the Romanian office sector dominates transactional activity, followed by retail with 16 percent, while industrial, hotels and mixed-use projects claimed a combined share of 10 percent.

“Romania is the only main CEE market, which has not seen significant yield compression. Since 2014, prime office yields have remained stable as have prime rents resulting in capital values that are now much lower than elsewhere offering investors great value for money,” stated Gijs Klomp, Head of Investment Properties, CBRE Romania

In 2019, Israeli investors were the most dominant with a record deal signed towards the year-end, representing 36 percent of the total investment volume. Romanian investors were the second most active representing 23 percent of total volumes and more active than the previous year, followed by South-Africans with a share of 17 percent. Regional cities remained appealing to market players, almost doubling their contribution to the total investment volume comparing with 2018.

“Although the beginning of 2020 raises some concerns, we should still see a steady growth of investment volumes backed by strong growth in investor demand. Yield compression is expected to continue in the short run on the back of continuously low-interest rates (with the risk of stifled economic growth, central banks are likely to keep rates low in this environment) and some degree of convergence with other CEE markets notably Hungary. To put into the context, over the last 14 years, the first quarter accounted for 20 percent of total annual investment per year, compared to the fourth quarter’s 30 percent. Moreover, given that the investment market moves slowly in terms of transactions, any effect on investment may not be observable immediately. The current market turmoil is likely to add additional downward pressure on already low interest rates, which will further strengthen the case for real estate as an investment class. Therefore, we will likely continue to see high demand for investment property even if there may be practical implications for transactional activity in the near future,” said Gijs Klomp.

CBRE: 88 percent of the investment deals in office segment in Romania involve...