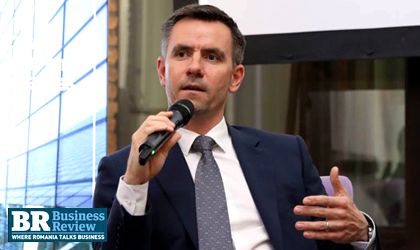 Tim Wilkinson, Partner at Cushman & Wakefield Echinox, said during BR’s REALTY Forum that Romanian real estate has developed differently compared to the way these markets have evolved in countries like Hungary or Poland, and that it’s mainly due to the rather negative perception investors generally have of Romania.

“I first came to Bucharest in 2004; before that, my experience in Eastern Europe started with Warsaw in 1999 when I was a student, and I never looked back. I also spent time in Budapest in between these two. Romania’s never really stuck to the same path as the other countries I’ve experienced. In 2004-2008, there were so many opportunities and you just had to navigate through them. In 2004, we started to look at every single sector and fortunately made the right choices to be able to survive the 2008 crisis,” Wilkinson recounted.

He went on to explain why there are such big differences between the real estate markets in Romania and the other Eastern European markets.

“The difference lies in the way that Poland/Hungary are perceived versus how Romania is perceived by investors. They continue to see Romania as being riskier than the other markets in the region. The Polish investment estate market today is multiple times larger than Romania’s – there were EUR 7 billion worth of transactions there in the past few years, while Romania had just 1 billion; transactions in Romania will probably marginally increase this year, but we can still see that something is not working right – and that is the issue of perception, which has been and is still holding us back, while investors on the Romanian market have made strong returns in a market that others are just not considering, even though the differences in risk are not that big compared to other markets.

Wilkinson also said that despite the fact that the Romanian market was still vulnerable to a significant downturn, things would not happen in the same way as they did back in 2008, as the conditions are different and the market has matured. 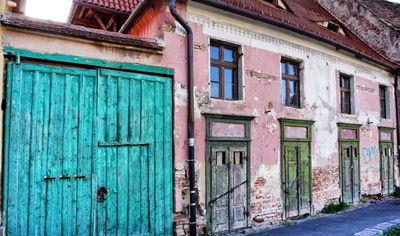 Read more about
Cushman & Wakefield: Only 13% of the 9.1 million residences were built in the last 30 years
read more

“If the 2008 crisis happens again tomorrow, investors won’t experience losses as big as the ones in 2008. Back then, the market was not prepared for the amounts of money that were being injected into it and every single new transaction had a new lowest percentage yield so far – we are not seeing the same thing happening today.”

“Until we have more large, long term investors committed to the market, there is always that risk of a liquidity problem in the next downturn. There are many large investors looking at their first investments in the market, and if the market turns before they transact, they would very likely retract interest,” he added.

In terms of the effects a new economic downturn would have on Romania, Wilkinson said: “The EU debt crisis has not been in the forefront of the news in recent months, but the risk still remains significant. Romania would be one of the first EU countries that investors remove from the target list in the event of a crisis in Europe.”

Overall, Wilkinson thinks that Romania is not expected to suffer a crisis unless the rest of Europe does. “However,  a correction could be expected in different sectors, over the coming years. The residential sector looks to be the more exposed to this at the moment. I would not expect a correction in the commercial markets until we see further yield compression,” he concluded.