BR Exclusive. Speedwell to start sales and construction of Jandarmeriei residential project in second half of 2019 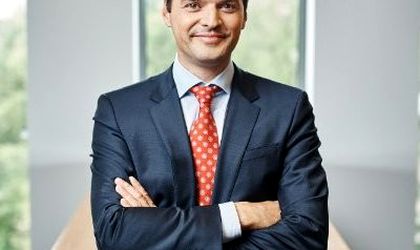 In June, Belgian developer Speedwell acquired two land plots of 50,000 sqm in the Jandarmeriei area from Immofinanz, now united to host the Jandarmeriei residential project, the sales and construction of which will start in the second part of 2019, and is seen by the developer as a mixed-use scheme with a 20,000 sqm office project built along the DN1, across from Baneasa Shopping City.

“Both land plots are part of the same residential project and, as such, they are no longer considered as two plots as was the case for Immofinanz, who had a residential and office function in mind.  The Jandaremeriei plot is however seen as part of the mixed-use scheme Speedwell is developing, together with its 20.000 sqm office plot along DN1, across from Baneasa Shopping City.  As such, Speedwell continues its strategy of bringing living, working and shopping close together, to reduce travel time and increase quality of life,” Didier Balcaen, general manager of Speedwell, told BR.

According to Balcaen, Speedwell is continuously and actively looking to purchase more land where it can roll-out its mixed-use development strategy.

The developer will also start the construction and official sales and marketing processes this month for the Triama residential project on Baia de Arama street in Bucharest – a 200-unit scheme with three P+11 towers worth EUR 15 million, and the residential part of Record Residential from Cluj Napoca, with 236 apartments.

“Speedwell’s focus remains on office and residential developments, but more importantly on mixing both functions into one central project, adding supplementary functions such as a kindergarten and convenience retail to the mix. We strongly believe that creating this mix is a positive contribution to solving the ever-increasing mobility problem. This is being supported by the buyers and tenants in our projects, who say that this mix and the ability to leave their car in the garage is their main reason for moving there,” Balcaen stated. Apart from Bucharest, which remains Speedwell’s HQ and primary market, similar locations such as the Record project in Cluj are on the radar, but also in other secondary cities across Romania.

One of the mixed-use schemes of Speedwell is the EUR 40 million Record Park, a real estate project from Cluj-Napoca which includes residential (236 apartments), office (12,000 sqm), retail (1,000 sqm), where Griffes, Andreea Paun’s company, was nominated to coordinate Record Park’s business activity, from concept definition, to marketing and promotion and, above all, to renting.

“Companies’ appetite for a special project with lifestyle, recreation and work in good conditions is great. We have already signed a contract with World Class, an important anchor for leisure and already attracting tenant companies that are interested in employee benefits. Anchor leisure is very important for the success of a mixed project, whose life continues after 6 pm. We estimate that the project will be 100 percent pre-leased long before delivery, given the promising statistics for the city of Cluj-Napoca, both in terms of labor force and economic growth. The new Record Park office building will be bordered as architecture and functionality by the former factory building where we will host a bistro and a space dedicated to art and technology”, explains Andreea Paun.

SPEEDWELL obtained the building permit for the second residential building in PALTIM, the...

Speedwell Is Developing An ESG Strategy To Advance Its Sustainability Practices