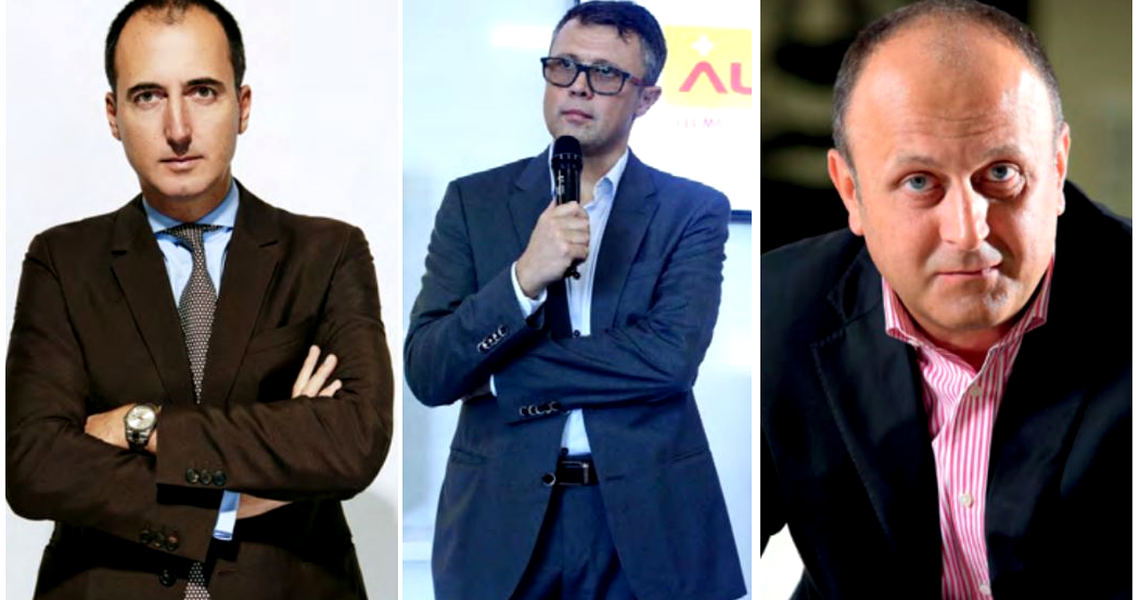 Commentators are once again asking where Romania’s real estate entrepreneurs are. Why are they not attracted by development as a means of increasing and diversifying their income? And it’s pretty hard to answer. Maybe they have been deterred by the experiences of 10 years ago, when the crisis impoverished and indebted many. Maybe they lack courage or confidence in the market. Or maybe Romania simply does not have enough strong entrepreneurs willing to enter real estate.

One of the most prominent Romanian entrepreneurs in Romanian real estate is Geo Margescu, Forte Partners CEO, who sold the office project The Bridge this summer to other Romanian diversification-oriented entrepreneurs the brothers Dragos and Adrian Paval, owners of Dedeman, for a record local price of EUR 200 million.

Another remarkable project from Forte Partners is Aviation Park, a residential scheme that will unfold in two stages, each consisting of two building bodies. The first stage consists of 176 apartments, with a deadline of January 2019, while the second is due for completion at the end of 2019.

Margescu was no stranger to real estate development before Forte Partners, having developed several landmark industrial, office and residential projects in Romania. Between 2003 and 2008, he developed Europolis Logistics Park with over 230,000 sqm of prime Class A warehouse space, more than twice the size of the second largest development in the country. In 2007, he developed the Millennium Bank headquarters and in 2008 the Louis Blanc office building, which were sold to both local and international investors.

The Paval brothers started off totally differently. They built the Dedeman DIY chain brick by brick, and when the network expanded and become the biggest Romanian DIY retailer, thought of other areas in which to invest.

Last year, the brothers set their sights on the real estate market and were close to buying the whole AFI Park office project for more than EUR 150 million, in three phases. The transaction collapsed without explanation one day after it was announced as done. This year, the Paval brothers managed, after only two months of negotiations, to acquire The Bridge office from Forte Partners for EUR 200 million. It remains to be seen if the deal was a one off or whether Dragos and Adrian Paval will continue to invest in real estate.

Another entrepreneur who has recently joined the real estate market is Dan Sucu, owner of Mobexpert. In conjunction with Valentin Visoiu of Conarg, Sucu is developing the EUR 100 million Bucharest-based Arcadia Apartments Domenii residential project.

The scheme was launched a year ago and the first building will be delivered in two months, as it is currently in the last stage of construction, specifically getting the interior and exterior finishes. In parallel, the superstructure of the next two apartment buildings, which will be delivered in May 2019, and the basement of the fourth building, are being worked on.

In total, the complex will include 800 apartments and 30 percent of the space is green.

From Lorand Szarvadi to Daniel Tudor

It was Lorand Szarvadi who, in 1994, laid the foundations of electronics and IT retailer Domo, which would go onto become a victim of the crisis. Szarvadi withdrew in 2012 to invest heavily in real estate and tourism.

He owns Balvanyos Resort, a four-star hotel in the Covasna area and a guesthouse at Oituz Pass. Balvanyos Resort is a former Best Western, which the entrepreneur has modernized and added a spa area.

The investment was EUR 10 million, of which EUR 8.5 million was his own funds and EUR 1.5 million European funding.

Another entrepreneur with fingers in more than one pie is Dorin Bob. Since setting up and then building up the Arovit canning factory, the 47-year-old from Satu Mare has developed over 1,200 apartments in Cluj in 10 years, as well as commercial and office space.

Another 1,000 apartments are under construction and will be ready over the next two years.

Dan Ostahie, the owner of the largest Romanian retailer, Altex, has also been attracted by real estate investment, developing the EUR 25 million Aurora Mall in Buzau. In 2014, he sold it to NEPI Rockastle to discharge a debt to Volksbank, a bank swallowed in the meantime by Banca Transilvania.

Finally, the oldest entrepreneur in Romanian real estate seems to be Liviu Tudor, the owner of several office projects, located in two of Bucharest’s office centers: West Park in the west and Novo Park in Pipera.

In the 1990s Tudor was involved in the telecom and oil industries, and entered real estate after 2000.

Where are the Romanian entrepreneurs?

Notwithstanding the aforementioned Romanian entrepreneurs who have invested in real estate, the total number is in fact relatively small, and individuals from other Eastern European countries have moved in to fill the gap.

The richest man in Lithuania, Nerijus Numavicius, along with other Lithuanian investors, has put EUR 90 million into founding four hotels in Bucharest. His group, Apex Alliance, which owns the Europa Royal Hotel at the entrance to the Old Center, bought the famous interwar building from the Old Marmorosch Bank, near the NBR headquarters, where he wants to make a high-end hotel.

Meanwhile, Daniel Kretinsky, the Czech and Slovak energy king who has bought assets in Italy and Germany, took over a stake in the German retail group Metro, with the option of becoming the majority shareholder.

The Czech investor did not limit himself to buying in his own country, but joined the entire German group, which has more than 30 stores in Romania, with a business of EUR 1 billion. Another Czech citizen, Peter Keller, his country’s richest man, bought the Metropolis building in Bucharest through the PPF investment fund two years ago, and this year acquired Crystal Tower near Victoria Square. It has invested nearly EUR 100 million in the two projects.

Commentators say the Romanian market affords quite a lot of opportunities, but they are seldom taken up by local entrepreneurs or investors.

The exception is the owners of Dedeman, the Paval brothers. The two stumped up EUR 200 million to buy The Bridge, the office developed by Geo Margescu’s Forte Partners.

With bank interest rates barely above zero in euros, some argue that a return of 6 to 8 percent from a real estate investment is a tempting prospect. Ion Tiriac, another major investor who has launched several real estate projects, some in various stages of execution, raised EUR 700 million by selling the shares he held in UniCredit Bank, money which remains in the bank, in likely anticipation of opportunities arising when the next crisis comes and real estate is offloaded at knockdown prices.

Foreign investors, on the other hand, especially Czechs, Slovaks and Poles, are not waiting for a crisis, but buying now. They trust the Romanian market, which is much cheaper than their home countries, and gives better returns.

Could it be that Romanian entrepreneurs, at least those active in real estate, are not thinking big, or are put off by the high sums required? It is the same situation, respecting proportions, in agriculture, where farmers are generally reluctant to form associations. Entrepreneurs don’t seem to want to pool their resources to invest, and there are few examples of groups of investors banding together to develop or buy together. Margescu, who joined forces with Johny Jabra in Forte Partners, and Dan Sucu, who got together with Valentin Vişoianu to develop Arcadia Apartments, have not yet inspired many others to follow them.

For this reason, so far, at least, the local real estate market remains one dominated by foreign companies. While many pundits say this is not a problem per se, in the event of a crisis, foreign capital tends to flee, looking for outlets in other industries or elsewhere. Romanian capital will remain – not from patriotism, but because it has nowhere else to go.