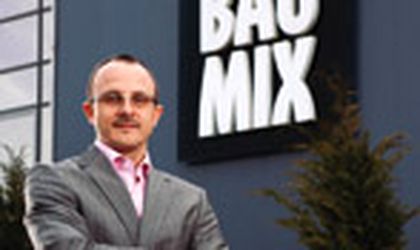 “While 2009 has still seen sales, generated by projects that were started in 2008, we predict that 2010 will be the most difficult year for the local mortar market, due to an estimated 10 percent drop in the number of projects launched in 2009 and the first half of 2010. Based on information from developers, we expect this market to rebound in 2011,” says Augustin Russu, general manager of Baumix. The mortar products market will not reach its 2008 value for three years from now, while the annual growth rate will only be 10 to 15 percent. In previous years, the market was growing by 30 to 40 percent a year. Baumix posted a RON 18.5 million turnover in the first half of this year, up 10 percent on the same period of 2008, against an overall market fall of 30 percent, according to the company. The firm has two production units in Ploiesti and Cluj counties. Corina Saceanu