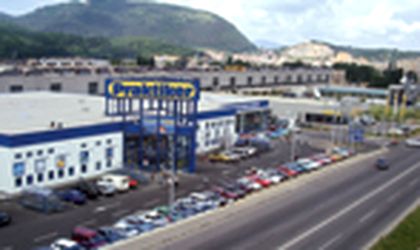 The approximate EUR 25 million decline in value was made public in the firm's annual financial report.
Atrium European Real Estate has scheduled the opening of the commercial gallery of its Bucharest-based retail park Militari Shopping Center for April.
The site has a GLA of 16,000 sqm and a market value of EUR 23.2 million, with a yield of 8.77 percent. By the time of completion, the entire park will deliver 51,400 sqm of rentable area which will host 61 shops and anchors. The company owns land plots in Arad and Constanta where it plans to build similar shopping centers as the one in Bucharest, the firm's first project in Romania.
The commercial gallery of Militari Shopping Center will open this week, adding brands such as Media Galaxy, C&A, Decathlon, Hervis, New Yorker and Deichmann
to aleady existing ones linke Praktiker.
Staff