Analysis: The office stock in major cities will exceed 4 million square meters in 2019 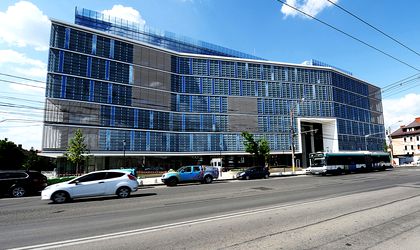 The office stock in the major regional cities – Cluj-Napoca, Timisoara, Iasi and Brasov – has doubled over the past five years and will continue to grow at an accelerated pace, being expected to exceed the 1 million sq m threshold in 2019, according to the Cushman & Wakefield Echinox Office Market Regional Cities study. In Bucharest the office stock will reach 3 million square meters in 2019.

2018 appears to be the most prolific year for the office markets in these cities, with total deliveries estimated at around 122,000 square meters. The pace of development is expected to accelerate in 2019, when new projects with a cumulated area of ​​about 190,000 square meters are announced for delivery, therefore exceeding the 1 million sq m threshold. In comparison, we estimate that Bucharest’s office stock will reach 3 million square meters at the end of 2019.

“We notice that the office market in the major regional centers continues to grow, being boosted by the energy and skills of over 180,000 students in these cities. While analyzing the major projects, the tone was set by Timisoara, with the City Business Center project, followed by the United Business Center project in Iasi and The Office in Cluj-Napoca. In the past year, Timisoara has returned to the forefront through projects such as Openville, ISHO and Vox Technology Park, while in Brasov the Coresi project continues to expand, with AFI Park Brasov being expected to be delivered in 2019. With unemployment rates ranging from 0.9 percent in Timis and 3.6 percent in Iasi, the biggest challenge for developers and office occupiers is the recruitment and retention of talents, therefore the accessibility, proximity to centers of interest (faculties, restaurants, entertainment areas, etc.) and technical facilities will differentiate between projects,” says Madalina Cojocaru, partner, Office Agency, Cushman & Wakefield Echinox.

As a matter of fact, about a quarter of the existing office stock in these cities is positioned in the immediate vicinity of the dominant shopping centers, so employees have access to a wide range of lunch options, but also to shops, services and leisure activities after the end of the working hours.