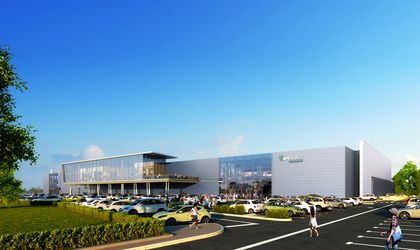 Afi Palace Ploiesti will cover 28,000 sqm of leasable area on two floors. The shopping mall is the first project begun by the company this year, after last year it started the first business office building of the AFI Business Park Cotroceni. The project will comprise five class A office buildings with the first set to be delivered this August.

Another shopping mall – Ploiesti Shopping City – is currently being developed in Ploiesti by New Europe Property Investments (NEPI) and Carrefour Property. The project will be located close to the National Road 1 (DN1) which connects Bucharest to the Prahova Valley, by extending the existing Carrefour hypermarket in Ploiesti. It will have a gross leasable area of 55,000 sqm and should be finalized this November.