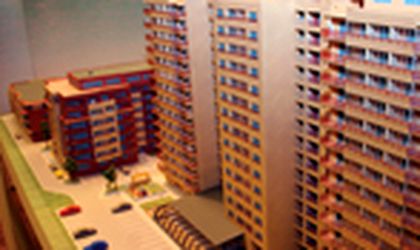 “In the current economic climate, the board believes it in the interests of its shareholders to put a hold on our development projects. Until the time comes that credit lines from the banks are reinstated, we will only undertake minor refurbishment and design projects,” said Dennis Twining, chairman of Ablon.
The developer saw the value of its CEE portfolio drop by 9.4 percent at the end of last year compared to mid 2008. “Values across the real estate market in Central and Eastern Europe have continued to come under pressure. Against a backdrop of uncertainty in both the financial and real estate markets, Ablon continues to experience a correction across its portfolio,” says the firm.
The developer had previously announced the halting of work on one of its residential projects in Bucharest, Sunset Residences in the Drumul Taberei area of the capital.
In January of last year, Ablon Romania, the local division of Hungarian developer Ablon Group, was preparing to start construction of the residential compound, located in the western part of Bucharest, with an estimated initial investment of EUR 200 million.
The market value for the entire project had been calculated at EUR 300 million.
The project, which was set to be developed in five construction stages, with the first stage scheduled for Q1 of 2008, consisted of 2,120 apartments distributed in 10 towers, designed in two paired 16-level blocks of flats built on 40,000 sqm of land.
At the beginning of 2008 the company said that 10 percent of the apartments from the first stage
had been bought by an investment fund.
The developer owns sites in the Pipera and Mogosoaia areas. In five years, the firm planned to deliver 5,000 apartments in Bucharest.
Corina Saceanu