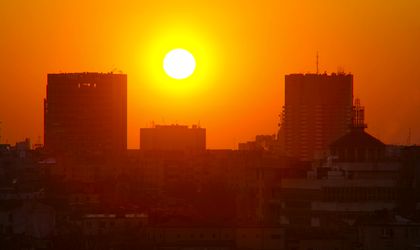 The Romanian residential market seems to have stumbled in 2018. Even if at first sight things seem okay, as you get closer, cracks appear. The volume of residential construction works fell by 24.8 percent in H1, according to the INS, the ROBOR is above 3 percent from less than 1 percent last year, and even demand is down 5 percent, imobiliare.ro said.

It might not be a crisis like in 2007-2008, but pundits predict a shock. There have been mixed signals. If the number of delivered homes drops, because of a lack of workforce, in theory, the strong demand will cause an increase in prices. But demand has slowed, largely because the increased ROBOR level has raised the cost of repayments.

Demand for homes is lower than last year in Constanta (-15 percent), Bucharest (-8 percent) and Brasov (-4 percent).

“These decreases can be attributed to the increased influence of what happens in the lending field: while last year many Romanians rushed to access Prima Casa loans, in the first half of the year, due to limited funds, and the sustained growth of the ROBOR index, some potential buyers preferred to postpone the purchase decision,” said Adrian Erimescu, CEO of imobiliare.ro.

Falling demand is not expected to completely offset the drop in the number of homes delivered on the market, but it will have a buffer effect and cool the market, which has become overheated in some areas, especially in Cluj-Napoca.

“Under current market conditions, we expect young people and first-time buyers to suffer most from the rising credit conditions and declining supply of residential property. Some potential buyers will postpone their decision and rent instead of buying – the more so as purchase prices have so far grown faster than rents in both Bucharest and the other big cities. Meanwhile, some owners will decide to withdraw from the sale and lease of properties,” said Dorel Nita, head of data and research at Imobiliare.ro.

A tale of five cities

The capital is and will remain the largest and most important residential submarket in Romania with more than 900,000 homes.

In the first half of the year, 40,957 properties were sold in Bucharest, according to ANCPI data.

In the second quarter of 2018, 318 medium and large residential projects were on the market in Bucharest, of which 217 were under construction, while the remaining 101 were already completed. Overall, the number of homes due to be built within these schemes reaches almost 57,000.

The north-western city is the second largest submarket in the country, with more than 300,000 homes.

In the first half of the year, 18,452 properties were sold in Cluj, according to ANCPI data, ranking the city fourth in the country.

Around 2,000 new residential units were built in the first quarter of the year. In total, the Cluj-Napoca market includes 147 residential projects, 80 under construction, and 67 completed.

The third biggest market in Romania is Timisoara with around 270,000 homes.

In the first half of the year, 18,823 properties were sold in Timisoara, according to ANCPI data, ranking the city second in the country.

According to official data, around 1,300 new residential units were built in the city in the first quarter of the year. In total, the Timisoara market includes 145 projects, 86 under construction and 59 completed.

In 2017 Constanta became the third largest regional residential market in Romania, in terms of delivered units, with more than 3,000 new homes, according to INS data.

In the first semester around 1,100 residential units were delivered in the city.

The average asking price of apartments for sale in Constanta appreciated by 0.8 percent in June (from EUR 1,147 to EUR 1,156 per sqm), 5.6 percent higher than the figure recorded by imobiliare.ro in January. The average rent of a two-room apartment was EUR 250/month.

In the first half of the year, 12,905 properties were sold in Constanta, according to ANCPI data.

The residential submarket of Moldova’s biggest city contains around 280,000 homes.

The imobiliare.ro index recorded a decrease of 0.8 percent in asking prices in June (from EUR 1,015 to EUR 1,007 per sqm), which marked a 3.4 percent advance against the beginning of the year (compared to EUR 974 per sqm in January).

The average rent for a two-room apartment was EUR 300/month.

In the first semester around 1,200 residential units were delivered in Iasi.