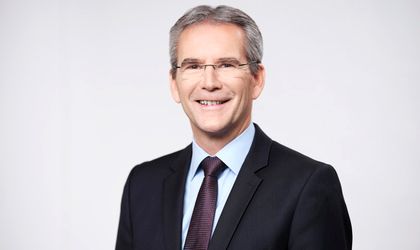 Vienna Insurance Group (VIG) announces a new Managing Board as of 1 July 2023. Hartwig Löger will become CEO and Peter Höfinger his deputy starting with 1 July 2023, the Group announced today. Löger previously served as the Finance Minister of the Austrian Republic between 2017 and 2019.

The new CEO, Hartwig Löger, a native of Styria, started in the insurance industry in the brokerage business as early as 1985. After completing the university course in insurance management at the Vienna University of Economics and Business Administration, he joined Allianz in Styria as a sales manager in 1989. From 1997 to 2002 he was sales manager at DONAU Versicherung. This was followed by several management positions in the UNIQA Group, most recently as CEO of UNIQA Österreich AG until the end of November 2017. From December 2017 to June 2019, Hartwig Löger was Minister of Finance of the Republic of Austria. Since July 2019, he has been managing partner of V.I.P. Consulting Unternehmensberatung, where he works for the VIG Group, also under a consulting agreement with Wiener Städtische Versicherungsverein, the principal owner of Vienna Insurance Group.

The future composition of the VIG Managing Board was unanimously decided by Vienna Insurance Group’s Supervisory Board at its meeting on 29 November 2022. It thus follows the proposal made by the Supervisory Board’s nomination committee in September 2022.

“By determining the composition of the Managing Board from 1 July 2023 at an early stage, we are not only demonstrating the stability and continuity that VIG Group stands for. The qualified and multi-disciplined Managing Board team complements each other excellently and is very well coordinated”, explains Günter Geyer, Chairman of the Supervisory Board of Vienna Insurance Group.

At their own request, Elisabeth Stadler and Peter Thirring will not extend their mandates, which expire on 30 June 2023, due to planned retirements.