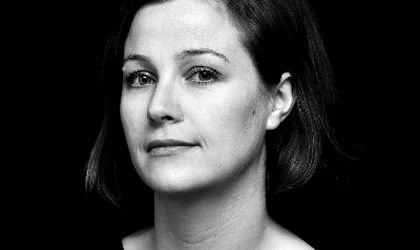 French graphic designer Solène Cesbron was appointed as Marketing Manager by Via Viticola, the company responsible for the marketing and distribution activities of the Via Viticola – Sarica Niculiţel and Domeniile Prince Matei wineries, part of the Vintruvian Estates group, which hold in their portfolios brand names such as Caii de la Letea, Prince Matei, or Epiphanie.

Solène Cesbron has almost 15 years of experience in design and communication, having spent the last 5 years at Brandient, the well-known brand strategy and design consulting firm, where she gained a very good understanding of FMCGs. She worked for “Decât o Revistă” media platform and is the co-founder of the design and communication studio Zvâc. She graduated from the École Estienne in Paris with the Diplôme Supérieur d’Arts Appliqués (DSAA) in communication and design and the École Duperré with a Brevet de Technicien Supérieur (BTS) in graphic design. Last year she received the WSET level 2 Award in wines. “For me, joining Via Viticola marks the transition from design, to brand strategy and the approach to a field that I am passionate about, wine. I inherited my passion for wine from my father, who is involved in many wine promotion projects in Anjou, and from my grandfather, who was a winemaker. I am happy to join the ViaViticola team, an ambitious team that is in a moment of growth, in the context of launching a new brand image for Caii de la Letea. My first project will be for Domeniile Prince Matei and the development of the brand portfolio around the iconic Prince Matei.” Says Solene Cesbron, ViaViticola.

“Consolidating the Via Viticola marketing team with the arrival of Solène, together with the collaboration with United Pencils, strengthens the strategy of the Vintruvian group to develop one of the strongest portfolios of premium brands in Romania”, adds Marius Iliev, Board Chairman Vintruvian Estates.