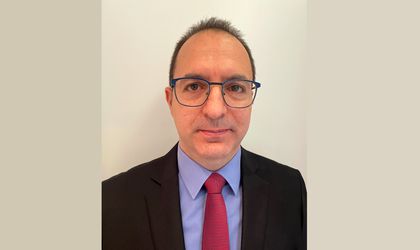 Novartis Group in Romania announced that Thodoris Dimopoulos has been appointed Country President.

With experience across geographical areas and cultural settings, Thodoris joined Novartis Pharma in Greece in 1998, where he held various positions of increasing responsibility in Sales and Marketing.  In 2012, he took over as Head of Novartis Vaccines. In 2015, he was appointed Country Head of Sandoz in Greece and in 2017, he assumed the role Head of Sandoz Egypt and North East Africa cluster.  He has been serving in his current role as Country Head Sandoz Romania and Head sub cluster East since December 2019.

Thodoris is a Greek citizen and a Chemistry graduate from the University of Patras.

„In the very complex environment that we operate in, engaging appropriately and consistently with our external stakeholders is an integrant part of our business. I am excited to take over this position and I deeply believe in our commitment to serving the Romanian patients in need while living Novartis values and behaviors, and I am confident that my new role will serve our purpose.” declared Thodoris Dimopoulos.

We take this opportunity to thank Eugen Grecu for his significant contribution in this role for Novartis Group Romania. During the 3 years of his tenure, he strengthened Novartis Romania as one of the most important pharmaceutical companies in the Romanian market and enhanced relations and partnerships with Health Care institutions, professional and patient associations that impacted the lives of many Romanian patients. As he decided to leave Novartis, we wish Eugen Grecu every success in his future endeavors. Stated Novartis Group in a press release.