The company New Business Dimensions announces the change of ownership 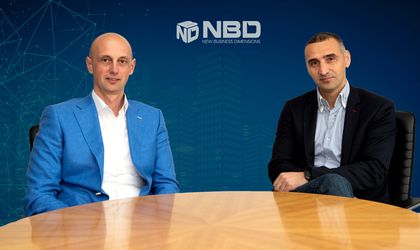 The company New Business Dimensions (NBD), a market leader in the niche of statutory reporting and business intelligence for the financial-banking sector, announces the change of the company’s shareholding.

“The new shareholders of NBD will keep the current management team, which will be strengthened with new members, especially in the financial and business development fields, but will continue with the same operational model that has brought results in the last 12 years. The new, more flexible shareholding structure will make strategic decisions easier to take and apply, provide more stability, and allow the drawing of more coherent and ambitious local and regional development plans. The company is solid and mature, having an extensive enterprise customer base. We are enjoying growth across all segments, reflected in turnover and profitability. I am glad about Marius Ionescu’s decision to join NBD. He has relevant experience in the financial-banking field, and I am convinced that together we will create a better future for the company, employees, and customers and maximize NBD’s potential regionally”, says Emanuel Oană, majority shareholder and CEO of NBD.

Marius Ionescu has over ten years of experience within important financial-banking groups in Romania. During this time, he built management teams and developed regional sales teams for bank treasury and derivative financial products addressed to corporate clients. After co-founding Pluridio nine years ago, is currently involved in several companies operating in the IT&C field. Within NBD, Marius Ionescu will be in charge of shaping the company’s development strategy specific to the financial-banking field, international expansion, and the creation and development of a consolidated group of companies in the IT field with global ambitions.

“I invested in NBD, understanding its business very well and, at the same time, the strategic role it holds in the niche in which it operates and the significant scaling potential. There is a synergy between NBD and Pluridio, both successfully serving the banking sector. I trust the existing management and the solid team of professionals that I will support and with whom we will continue the company’s development”, states Marius Ionescu, CBDO of NBD, responsible for the development, strategy, and external markets.

The buyers were assisted in structuring the transaction by LBO (Leveraged Buyout) and financial Due Diligence by Capital Debt Services, represented by Nicolas Pleșea, Senior Partner, with over 18 years of experience in structuring leveraged buyout, M&A, and private equity transactions.

“The transaction was a success and was completed in only six months, a short time which that can be considered a national record for an M&A deal with an LBO structure in its segment”, said Nicolae Pleșea.

Legal assistance regarding transaction structuring, legal, due diligence, preparation, and negotiation of transaction documentation was provided for buyers by the Volciuc Ionescu law firm through the team coordinated by Sabin Volciuc, Ana Sandu-Capra, and Ada Butnaru.

“It gave us great pleasure to work with Marius and Emi in this exciting and demanding transaction from the perspective of the structure and the calendar”, they declared.