Strategic appointments in the Carrefour Group. Cătălin Samara is the new Director of Bringo International 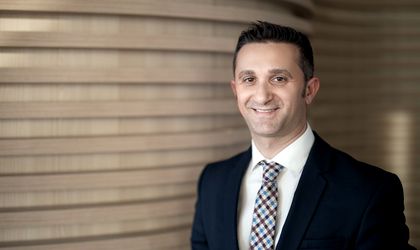 As of January 3, 2022, Cătălin Samara, Chief Operating and E-commerce Officer and member of the Executive Committee of Carrefour Romania, will take over as Director of Bringo International. In this role, he will be responsible for coordinating the international activity of the personal shopping and delivery service.

The newly created position follows the development of Bringo, a Romanian business concept, successfully exported to four other countries, which will now operate as part of a global organisation. Cătălin has been instrumental in the local development of the business concept and service, overseeing Carrefour Romania’s e-commerce activities and the plan to constantly expand the partnership with Bringo.

“I would like to sincerely thank Cătălin for his achievements in Carrefour Romania and for his essential role in our team. Throughout a truly significant career, Cătălin has distinguished himself through important projects with real impact in the organization and has evolved into a strong leader, ready to harness his talent, ambition and perseverance alongside an international team within the group. I am delighted that he has accepted this new challenge and has chosen to continue his career with Carrefour in an environment that encourages and rewards performance both locally and globally. Good luck to the new team and to Cătălin in his future projects!”, said Julien Munch, CEO Carrefour Romania.

Given the strong evolution of the Bringo concept worldwide, Carrefour Group considered it a necessary step to create an international structure, part of the group, to coordinate local efforts in each country and development strategies internationally, under Cătălin’s direct supervision. The company is now active under different brands in five countries: Romania, Argentina, Belgium, France and Morocco. 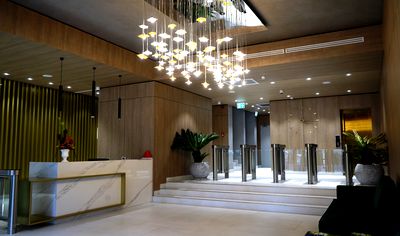 “I am honoured to embark on this new professional challenge and to be even more involved in Bringo’s business. It’s a service we have always had great faith in and has the potential to grow in all the countries where it is present, as consumers want to have flexible options to do their shopping and enjoy more time for themselves, no matter where they live. The Bringo model offers them exactly this benefit and has proven it through its success in just a few years since its launch. We will work together with the Carrefour Group teams to take Bringo International’s business to the next level,” added Cătălin Samara, the new Director of Bringo International.

Cătălin Samara has been with Carrefour Romania for 21 years, joining the company in 2000, being among its first employees, just months before the opening of the first store in Romania. To date, he has held a number of strategic positions within the company, from Operational Director of Hypermarkets, to Director of Marketing, Digital and E-commerce, Customer Services and Omnichannel, and has been a member of the Executive Committee since 2011. In his role as Operational Director & E-commerce, Cătălin Samara was responsible for the operations of all physical store formats in the Carrefour Romania network: hypermarkets, supermarkets, proximity and Supeco. In addition to the management responsibilities of Assets, Stores and Process Organization, Cătălin also coordinated the development of the omnichannel business model encompassing e-commerce strategy and digital transformation operations.

In just four years, Bringo has expanded to 37 cities in Romania and currently includes over 100 Carrefour stores in all formats (hypermarket, supermarket, express and Supeco) in the application. In addition, it has recently launched the fast delivery service of Carrefour products, in 30 minutes, in Bucharest, Iasi, Cluj, Timisoara, Constanta and Brasov, based on the supermarket line and especially on the express stores in the Carrefour network. The development of the partnership involved direct involvement from Cătălin, as e-commerce coordinator. Last but not least, the Bringo model has been successfully exported to four other markets during this time.

In his new position, Cătălin will coordinate Bringo’s activity in the 5 countries where the service is active under different brands: Romania, Argentina, Belgium, France, Morocco, with the role, among others, of technical and operational integration of these subsidiaries. Following this international appointment, Cătălin’s responsibilities within Carrefour Romania will be redistributed internally.