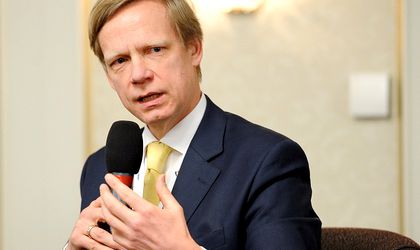 Franklin Templeton International Services, in its capacity as alternative investment Fund Manager and sole director (the “Fund Manager”) of Fondul Proprietatea S.A. (the “Fund”), informs that Steven van Groningen has resigned from his positions held within the Fund’s Board of Nominees (the “Board”) and its Consultative Committees. The effective date of the resignation is 13 November 2020.

The appointment of a new member of the Board will be on the agenda of the next general meeting of the shareholders of the Fund.

Van Groningen’s decision to resign comes from his wish to observe the strict corporate governance standards of the London Stock Exchange, where Fondul Proprietatea has a secondary listing, which provide that a Board member of a listed investment company may not be considered independent after serving in that position for more than nine years. Given that three board members reach a nine-year tenure in 2021 and to avoid significant changes in the composition of the Board in a short timeframe, van Groningen took this decision in the best interests of the Fund.

“We would like to extend our sincere appreciation to Mr. van Groningen for his time, dedication and valuable contributions made to the Board and the Fund during his tenure since April 2012. His extensive financial and board expertise, as well as his widely recognised role and stature as a business community leader in Romania have strengthened the Board and greatly benefited the Fund. The Board members feel privileged to have worked with Mr. van Groningen and would like to wish him all the best in his numerous professional endeavours,” said Piotr Rymaszewski, Chairman of Board of Nominees.

“We are extremely grateful to Mr. van Groningen for his active involvement and unwavering support of the Fund’s activity, his deep understanding of the local business environment and tireless advocacy for further development of the capital market through the implementation of proper corporate governance standards in Romania. We would like to thank Mr. van Groningen for all his hard work and wish him continued success in his various ventures,” said Johan Meyer, CEO of Franklin Templeton Investments and Portfolio Manager of Fondul Proprietatea.