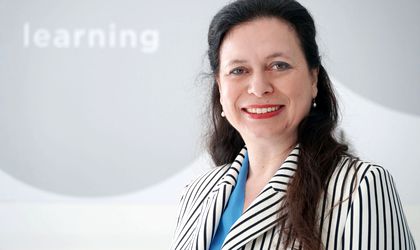 SofMedica Group, a leading European provider of innovative technologies destined to fight the leading causes of mortality worldwide, appoints Angeliki Karava as General Manager for ISLE ACADEMY in all its locations where the entity has already established its presence: Romania, Greece, Hungary, Bulgaria, and Cyprus. This way, ISLE Academy (Innovation, Simulation, Learning, Ecosystem), is becoming a separate transnational legal entity of SofMedica Group, next to the other four existing entities – SOFMEDICA, EMERALD, MEDCITY, and MEDILEASING. Moreover, ISLE ACADEMY was the first Minimally Invasive Surgery Simulation Center in CEE.

Angeliki Karava is a microbiologist with postgraduate studies in the division of Virology (School of Pathology) at the University of Manchester, UK and in the Economics Department of the National Kapodistrian University of Athens, Greece. She has an extensive experience in the healthcare sector at global level, starting as a supervisor in Research and Diagnostics Laboratories and then moving on to holding senior commercial positions in Multinational Medical Devices & pharmaceutical companies. Her past employers include BioMerieux, Edwards Lifesciences, Baxter, and FAMAR.

“Throughout my professional career, I have been passionate about the transformation of the healthcare sector through advanced technologies and novel concepts for their implementation. Being trusted with this leading role in ISLE ACADEMY and surrounded by exceptional professionals, under the umbrella of SofMedica Group, whose companies have a long history in delivering innovative medical technologies and models, with a special focus on high quality and education, is an important milestone for me. I am looking forward to taking up this new challenge, working closely with this wonderful team and the academic community to provide a center of inspiring education with a goal to materialize every wishful thought expressed by the HCPs of each hospital, in a realistic and accessible way. I feel very grateful and honored for this opportunity,” says Angeliki Karava, General Manager ISLE Academy.

“With the appointment of Angeliki and the integration of her strategic role into our organization across the five countries, the SofMedica Group heightens its long-term investment in the medical systems in the region, continuing a tradition of more than 27 years. We are bringing together technological innovation and relevant training in order to improve the work of HCPs who save the lives of patients. With ISLE Academy working as a stand-alone entity, our investment in education and, most importantly, the endeavor to provide visionary HCPs with continuous training at the highest standards, will be easier than ever. As providers of truly innovative technology, we consider the focus on life-long learning to be a sine qua non condition for sustainable progress when fighting life-threatening diseases. ”  says Georgios Sofianos, CEO SofMedica Group.

ISLE ACADEMY has its own direct footprint in three EU countries to date, Romania (established in 2019), Greece (established in 2018), and Bulgaria, centers that have contributed to the education and hands-on training of more than 20,000 healthcare professionals. So far, the group has invested six million EUR in assets and plans to double the investment for the next three years. Since the inception of the predecessor of ISLE Academy in 2008 and its rebranding in 2018, ISLE has achieved a successful track record in 10 cities and five countries, with permanent Innovation & Simulation and Learning Hubs in Athens and Bucharest and mobile ISLE in Sofia and Pleven. At the moment, SofMedica Group is working on establishing the physical presence of ISLE ACADEMY in the remaining locations, recently taking further steps with Budapest. Furthermore, the company has added new capabilities to its hands-on workshops, such as remote case observation, and 3D printing of organs for pre-operative training.

A few of the new areas of training for the HCPs cover pre-operative preparation, case observation, or tele-proctoring. SOFMEDICA GROUP is thus committed to investing heavily in the lifelong learning of the healthcare professionals in the region, enhancing their experience, and offering them the necessary clinical and technical support.

In partnership and under the aegis of the top medical universities in the region, as well as local fellowships in robotic surgery, the company seeks to create a strong and unique ecosystem focused on learning and innovation. Within the ISLE ACADEMY centers, healthcare professionals have the opportunity to test drive the da Vinci robotic surgery system, the most advanced equipment in the world in minimally invasive surgery.