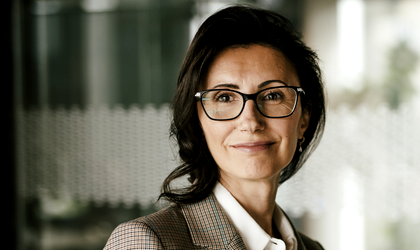 Aurelia Luca, Executive Vice President of Operations in Romania is now expanding her area of responsibility by taking over the Hungarian market as well. With more than 20 years of expertise in real estate development, Aurelia has been part of the Skanska team for almost 10 years.

“I am proud to join the Hungarian team and I am convinced that together we will be able to capitalize on all the opportunities and synergies between the two countries I lead. Both in Romania and in Hungary we have a lot of good practices, inspiration, and positive energy, to be shared” – said Aurelia Luca, Executive Vice President of Operations in Hungary and Romania for Skanska’s commercial development business unit in the CEE.

The Romanian Skanska team has developed so far 7 office buildings in 3 projects, with a total of 134,000 m2. Despite the pandemic, this year Skanska has completed and sold the Campus 6.2 and Campus 6.3 office buildings, the first pre-certified WELL buildings in Romania and the first buildings with a rooftop running track. In February, Skanska began developing the second office building in the Equilibrium complex. Upon completion, in Q1 2023, the entire complex consisting of two buildings will offer a leasable area of 40,800 square meters and will have a unique mix of green spaces for relaxation, with urban furniture equipped with electrical outlets and wireless coverage, but also numerous facilities to encourage urban mobility and an active lifestyle.

Skanska continues to be a trendsetter in creating not only sustainable but healthy and safe office buildings in the region. During the leadership of Aurelia Luca, Campus 6.2 and Equilibrium 1 were the first office buildings in Romania to obtain WELL Health & Safety Rating certification. Aurelia’s aim is to continue developing projects in Romania and Hungary that meet the highest standards and contribute to achieving the strategic goal of Skanska, to have “net-zero” carbon emissions by the end of 2045.

At the same time, Mariusz Krzak, Executive Vice President of Operations in Poland, is taking over the Operations in the Czech Republic and is now responsible for the markets in Prague, Warsaw, and Wrocław.

The expansion of real estate wellbeing