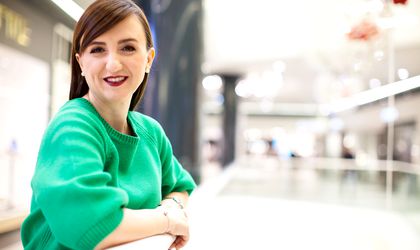 One of Europe’s leading fashion outlet retailers, Fashion House Group, has appointed retail veteran Cornelia Nicolae to the position of Retail Operations Director in Bucharest. In the newly created role, Cornelia will be responsible for launching the Group’s new flagship development, its second in Bucharest, while continuing to drive footfall and sales at its established outlet centre in the capital.

Her appointment further underlines the importance of Romania to the Group’s ambitions, following its investment in Bucharest with the opening of a second outlet. The 13,000 sqm development, near Cernica (exit from A2 motorway), began construction earlier this year and is scheduled to open by Spring 2021. The Centre will accommodate 59 stores and the Group is already over 50 percent let.

With the opening of Fashion House outlet centre Bucharest, Militari in December 2008, the Group not only launched its first outlet venture in Romania, but also a new concept of locating outlet centres within larger retail parks in Central and Eastern Europe. The 15,500 sqm outlet centre boasts 50 store units, with famous brand tenants, with a third phase opening in November 2020 and a final phase due to be unveiled in 2021.

“Cornelia has been brought in to drive Fashion House Group’s next phase of growth in Romania. Her significant retail management experience across central and eastern Europe will be of immense value to our business as we look to the future. Having been established in Bucharest for 12 years now, our second outlet venture on the other side of the city is a significant investment in the country’s economy and underlines our confidence in the strength of Bucharest’s fashion retail market. With our two offerings we will be able to satisfy the needs of all of Bucharest residents and its many visitors too. Cornelia will play a major role in helping us realise our ambitions for Fashion House Group within this competitive market”, said Brendon O’Reilly, managing director, Fashion House Group.

“I am looking forward to working with such a team of knowledgeable, dedicated and respected people that have created an incredible company from the ground up. I look forward to our continued growth, delivering the highest quality service for both tenants and customers and innovating the future of the outlet shopping experience. This is an exciting time for the business with many opportunities ahead of us with the opening for further phases at our outlet at Militari and our new outlet near Cernica. I am honoured to now be part of the Fashion House family and the inspiring journey we are on in Romania”, said Cornelia Nicolae.

Fashion House Group (FHGR) is a leading player in the European outlet sector and the largest developer/operator in the CEE and Russian markets, with a proven track record in the design, development, finance, leasing, operation, and management of outlet centres, operating in Poland, Romania and Russia. Fashion House is part of the Liebrecht & wooD Group, a European real estate development company.