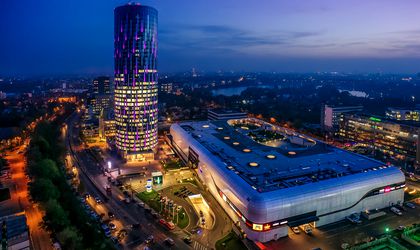 RPHI, one of the main investors in the local real estate market, has boosted the growth of the Floreasca – Aurel Vlaicu new business district around SkyTower, through the construction of the most iconic office building in the capital, that has, thus, become its core.

“We focus on innovation in real estate. SkyTower is an iconic landmark, and RPHI will continue the strategy of delivering innovative solutions to Central and Eastern European real estate markets.”, said Adriana Dragoescu, the CEO of RPHI Romania.

With more than 15 years of experience in asset management and real estate development projects, Adriana Dragoescu will ensure the high-quality standards of RPHI local operations and services.

As long-standing member of the RPHI development department, senior project manager Bernd Steingruber coordinated the development of the SkyTower Building in Bucharest, the Expo 2000 office park in Sofia and other similar real estate projects in Austria and the CEE region.

Cătălin Ștefan, CFO of RPHI Romania, has held various management positions in the field of consulting and financial services throughout his career.

Leo Forstner, member of the team as of this autumn and representative of RPHI head office Vienna in the local board, has extensive experience gained within Raiffeisen Group in roles such as investment manager, risk manager and auditor.