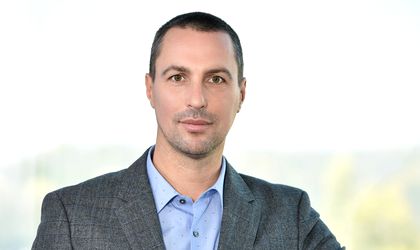 Pavăl Holding Properties, the real estate investment vehicle owned by the Pavăl family, strengthens its Romanian office portfolio by acquiring seven flagship projects from CA Immo. The new division, Europolis Office, will be led by Marian Roman, one of the most respected leaders in the real estate market, who previously oversaw the CA Immo operations in Romania.

The portfolio acquired by Pavăl Holding Properties has a total leasable area of approximately 165,000 sqm and is considered the most complex and long-term successful office portfolio in the Romanian market. The seven projects, Bucharest Business Park, Campus 6.1, Europe House, Opera Center 1 and 2, Orhideea Towers and River Place, are strategically located in the proximity of the main metro stations and the largest universities in Bucharest.

Even if the buildings will have a new landlord, the management team responsible for the success of the portfolio during the years will remain the same. The team will continue to be led by Marian Roman, who also oversaw the local operations of CA Immo for the last 12 years.

“With this major investment, we confirm once again our trust in the long-term potential of the Romanian real estate sector. The Pavăl Holding’s portfolio is now consolidated with top-performance office buildings, in key locations from Bucharest. More than that, we are happy to also retain the local management team, a solid and experienced team, which will continue to ensure the success of our portfolio. Together with the 165,000 sqm of offices we could say that we have also gained over 100 years of experience“, said Karina Pavăl, vice president, Pavăl Holding.

With over 20 years of experience in all real estate processes, from development and leasing to property and asset management, the team led by Marian Roman has managed to consolidate over time the CA Immo’s position as one of the most important office landlords in Romania.

“I am happy to join the Pavăl Holding team and to contribute to the development of a premium real estate portfolio, 100% Romanian. In a dynamic real estate market, the experience and the stability of a team can make the difference both in terms of building occupancy and client retention. Our results, such as leases longer than 15 years and portfolio occupancy rate stable at almost 100%, are the result of our team efforts”, stated Marian Roman, Managing Director, Europolis Office Division, part of Pavăl Holding Properties.

Blue-chip companies from various industries such as IT&C, financial – banking, retail or the medical and pharmaceutical industry have repeatedly chosen for their headquarters the office buildings Bucharest Business Park, Campus 6.1, Europe House, Opera Center 1 and 2, Orhideea Towers and River Place. The leases period of the tenants in these buildings set new records on the Romanian market, while the portfolio occupancy rate has historically remained above 90%.

The real estate deal closed by Pavăl Holding marks a double record for the local property market, being the largest transaction ever made in Romania and also the largest real estate investment done by a 100% Romanian company.Pavăl Holding appreciates the value of the good people, therefore this investment also includes the existing team, which is considered a promise for performance from the new landlord.