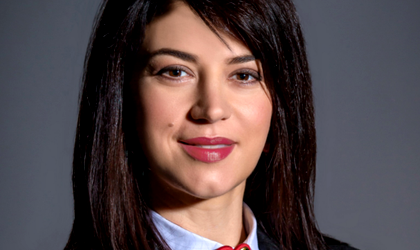 Julia Leferman, General Manager Brewers of Romania Association, was revalidated, with unanimous decision for another 2 year mandate as representative of the Central-East region in the Brewers of Europe Executive Committee.

Julia Leferman is in his second term. For the first time, she was elected as the regional representative of the Committee of National Associations’ Secretaries General to sit on The Brewers of Europe Executive Committee in 2018. The present mandate will expire at the end of 2020.

“I look forward to continue working together within Brewers of Europe and further supporting the efforts in representing the beer industry interests not only locally, but also at EU level”, says Julia Leferman, the newly reelected Central-East region representative.

“I take this opportunity to thank Julia for her insightful contributions in her last two-year mandate. As we seek to exit the current crisis, I can assure her that the Brussels team will continue to provide her with all the necessary support as she pursues her representation of the Central-East Region during what is sure to be a very challenging time for Europe’s brewers”, states Pierre-Olivier Bergeron, Secretary General The Brewers of Europe.

Europe is the second largest beer producer in the world, after China. Within The Brewers of Europe, there are more than 10,000 active breweries, owned by more than 9,500 active brewing companies, which produce over 400 million hectolitres of beer and create 2.3 million jobs along the chain from grain to glass. The total contribution of beer to government revenues was nearly €44 billion in the EU in 2018.