Grampet announces changes in its executive board 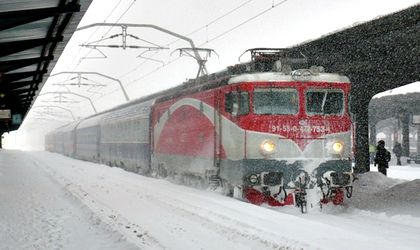 Grampet Group, the first Romania-based multinational, announces strategic changes in its management structure, in view of its ambitious international expansion plans. The company has changed most of its executive board.

Sorin Chinde, with 13 years of seniority in Grampet Group, has become the vice president of the Transports division.

A graduate of the School of Transports at the Politehnica University of Bucharest, Sorin Chinde has worked in this industry for the past 30 years, in both the public and private rail sectors. In 2005, he became the general manager of Grup Feroviar Roman, the largest private rail operator in Romania, with almost 2,800 employees and a EUR 158 million turnover in 2017, higher than the previous year.

Tomoni Vizante, with 19 years of experience in Grampet Group, will become the vicepresident of the Freight Rolling Stock division.

He started his career as an engineer at REVA Simeria. After the company’s privatization and takeover by Grampet Group, he became general manager (1999 – 2006). Starting 2007, he is the president of OPREMAR – The Rolling Stock Repairs Employers’ Organization. 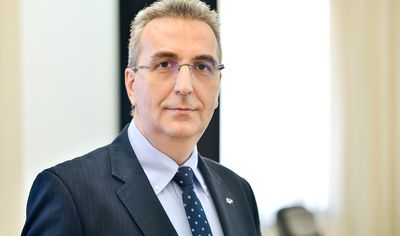 Gratian Calin will be the vice president of the Passengers Rolling Stock division.

He joined in 2011 and took over the position of president of Reloc SA and general manager of the Train Hungary operator. He has more than 22 years of management experience in the rail industry.

Belgin Bactali, with a 14-year seniority, will be the vice president of the Financial division. Her career at Grampet Group started in 2004, as an economist. In 2008, she became the CFO of the Rolling Stock Company.

At the same time, Amedeo Neculcea becomes deputy general manager of Grup Feroviar Roman. He has 13 years of experience in the group and 22 years in the railway transports and logistics industry. Neculcea joined the Grampet team in 2005, as head of the Commercial – Marketing department at Grup Feroviar Roman. He is also an important contributor to the scientific literature in the field, while also having made major contributions to the development of several IT railway-dedicated applications.

“The hardest thing to do for a market leader is to remain at the top. To do this, one needs the best people in charge,” said Gruia Stoica, chairman of Grampet Group. “We are entering a new stage of development in 2019, a year marking Grampet Group’s 20-year anniversary. I am confident that the management team we announce today is talented, well-prepared and knows very well what to do. Their competence, perseverance and management abilities have brought Grampet Group into the leadership position it holds today.”

A few months ago, Grampet Group became the first European company to join the Trans-Caspian International Transport Route (TITR) Association. The project launched by the Chinese, Kazakh and Azerbaijani governments has set an objective for the development of a new Asia – Europe multimodal transports corridor, thus placing Romania on the New Silk Road – the largest infrastructure project in recent history.