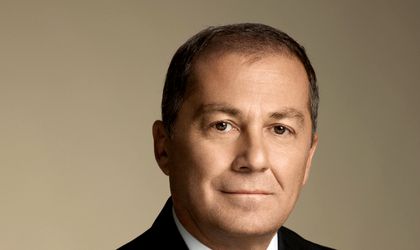 Daniel Morar, a former judge of the Constitutional Court of Romania, former chief prosecutor of the National Anti-Corruption Directorate and one of the highest-regarded legal practitioners in Romania, enters a partnership with reputed white-collar crime lawyer Gabriel Albu, upon starting his private legal practice.

As a matter of legal format, Daniel Morar and Gabriel Albu will work together under a professional cooperation agreement, servicing clients jointly and carrying out their professional duties at the joint partnership offices that will operate in Bucharest.

“The partnership offer came from Albu Legal”, says Daniel Morar. “My intention to practice law in the private sector after the end of my [Constitutional Court] term was a matter of public record – I had previously said that, once I had completed my mandate at the Constitutional Court, my public career would end and I would go into private practice. So I chose practicing as a lawyer, something that marks several premiers for me.”

The new partnership brings to the market a unique mix: a joint enterprise between a leading law firm in corporate criminal law and a professional with a sterling career in the public sector, with a professional background of the highest level, as well as a clean and balanced public image.

“It was obvious, even before Daniel Morar had finished his Constitutional Court term, that he was the best known, most trusted public figure who was both willing and able to make a rapid transition to a successful career in the private sector. He brings a top-level know-how in white-collar crime and in areas like constitutional law and human rights, and will get involved in our partnership at the very topmost senior level. Considering his extensive experience, we are convinced he will play an important role as lead attorney in corporate criminal cases. Separately, and as a mostly new practice area of our partnership, we are considering going into providing legal advice and opinions in areas like Constitutional law, human rights, criminal law, and criminal procedure law”, says Gabriel Albu.

Albu Legal was founded in 2020 by Gabriel Albu. The team resulting from the partnership will now comprise eight attorneys (the two partners, three senior lawyers, one of counsel, and two trainees).

Albu Legal’s clientele mostly consists of companies, with international corporations making up its largest share, but also prominent business persons. The main practice is and will continue to be providing defense and representation in criminal proceedings, representing companies and businesspersons both before criminal prosecution bodies (particularly specialized prosecutor’s offices like DNA and DIICOT), and before the courts. Also, Albu Legal provides advisory services for the prevention of criminal law risk, internal affairs and forensic investigation services, as well as legal assistance in relation to regulatory authorities (for example, the National Agency for Tax Administration – ANAF, the National Office for Prevention and Control of Money Laundering – ONPCSB, the European Anti-Fraud Office – OLAF and its Romanian counterpart DLAF etc.).

Since the founding of the office, the turnover of Albu Legal has been steadily rising, growing by about 20 percent annually. The average annual number of clients it takes is around 50, slightly increasing each year.

Between 2013 and 2022 he served as a judge of the Constitutional Court of Romania, appointed by the President of Romania for a constitutional term of 9 years. He has been an attorney-at-law in private practice since 2022.

He was a member of the Board of Governors of the International Anti-Corruption Academy (IACA) in Laxenburg, Austria (2012-2015), an international organization operating under the aegis of the United Nations.

Gabriel Albu has been practicing law since 2002 and white-collar crime since 2005. He worked for top international law firms like Linklaters, CMS Cameron McKenna, and Salans (now Dentons). Since 2008, in independent practice, he has devoted himself entirely to white-collar crime, as one of the pioneers of this practice area in Romania, as it is understood today. Gabriel Albu manages complex cases, providing the highest level of representation, involving in particular charges of tax evasion and fraud against the financial interests of the European Union, charges of corruption, financial fraud, and malfeasance, securities fraud, and public procurement fraud. He has a solid and broad experience in corporate criminal law, assisting and representing a large number of multinational and local companies, and associated individuals, in complex criminal proceedings falling under both national and international jurisdiction.