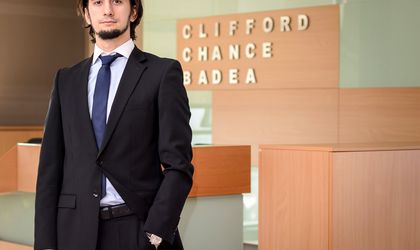 Law firm Clifford Chance Badea has announced a raft of internal promotions as of May 1.

Ropota joined the firm 14 years ago. He has worked on a series of transactions, including IPOs, secondary offerings and block trades, medium-term note programs, covered bonds and high-yield bonds issuances.

Crangasu has been a member of the Litigation and Dispute Resolution team of Clifford Chance Badea since July 2013. She specializes in civil and commercial litigation.

With nearly 8 years of legal practice, Costin specialises in Corporate M&A, and has extensive experience in all aspects of M&A transactions.

Toma is a lawyer who specialises in banking & finance, having more than 10 years’ worth of legal practice.