Boston Consulting Group Elects Christoph Schweizer as the next CEO 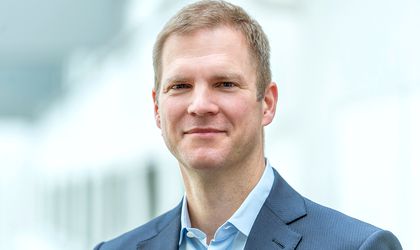 Boston Consulting Group (BCG), one of the world’s leading management consulting firms, today announced that Christoph Schweizer has been elected the firm’s next chief executive officer, effective October 1, 2021. Schweizer, 48, has been BCG’s head of Central and Eastern Europe and the Middle East since 2017. The native of Germany has worked for BCG for over 23 years, including in BCG’s New York office from 2007 to 2012, and is currently based in Munich. He has worked with clients on every continent.

Schweizer was elected in a process in which every one of the nearly 1,500 managing director & partners had an equal vote in the firm’s CEO election, reflecting BCG’s unique model of governance and partnership.

“I’m incredibly grateful to our partners for the trust they’ve placed in me to lead this world-class organization as we enter a new chapter of unprecedented change, challenge, and opportunity for our clients and for the world,” said CEO-elect Schweizer. “It’s an honor to build on Rich’s incredible legacy of growth and expansion of capabilities, and in leading BCG with such integrity. As a firm, we will continue to support clients and global leaders in their moments of truth and in solving their most important and complex problems, to attract and champion diverse talent, and to tackle the world’s toughest challenges, such as climate change.”

Schweizer served as head of BCG’s global practice areas from 2014 to 2017 and as global head of the firm’s Health Care practice from 2011 to 2014. Since joining BCG in 1997, Schweizer has developed a proven track record of growing and transforming major international businesses, particularly across the health care industry and with private equity firms. Today, he is responsible for 23 countries that make up 30% of firm revenues, including 39 offices and several specialty businesses, such as BCG Platinion and INVERTO, and has successfully led and expanded BCG’s reach and impact in the region. He has served as a member of the firm’s Executive Committee and Operating Committee since 2014. He holds an MBA from the University of Texas at Austin and a BA from WHU – Otto Beisheim School of Management in Koblenz. Schweizer lives in Munich with his wife and three children. 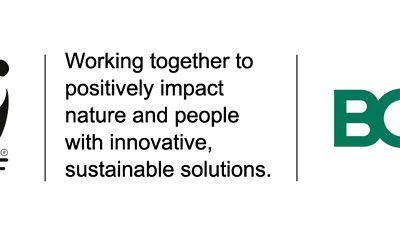 Schweizer, who will be BCG’s seventh CEO in its 58-year history, will succeed Rich Lesser, who will become global chair after completing three terms and nearly nine years as CEO.

“As our next CEO, Christoph brings integrity, vision, and bold leadership to help our clients successfully navigate out of the global crisis and thrive in the new reality. I’ve had the pleasure of working closely with Christoph as he has successfully built strong, diverse teams and robust, resilient businesses in a wide range of countries around the world, as well as cutting-edge capabilities in our practices,” said Lesser. “It’s been an honor to lead BCG, and I look forward to continuing to serve our clients, our people, and our purpose as global chair.”

Lesser has led a major expansion of BCG, tripling the firm’s business and more than doubling its workforce to over 22,000 employees during his tenure. The firm has expanded its footprint from 42 to 51 countries, with a major emphasis on diversity and inclusion in all its markets. Today, women represent 44% of BCG’s global staff and 35% of its Executive Committee; the number of female managing director & partners has grown at almost three times the rate of male managing director & partners.

Central to BCG’s success has been a rapid expansion in capabilities. BCG is now a clear leader in helping companies capture value from digital and analytics. The firm launched and scaled BCG Digital Ventures to collaborate with clients to build and accelerate the growth of digital business, and BCG GAMMA to deliver cutting-edge advanced analytics, machine-learning, and AI capabilities. BCG Platinion brings industry-leading technology know-how to support digital transformations in partnership with BCG’s sector and function teams. Today, client activities embedding technology, digital, and analytics now represent nearly 40% of BCG’s revenues, up from less than 10% a decade ago.

Lesser has championed BCG’s pioneering leadership on climate change, including its industry-first commitment to reach net-zero impact by 2030, the launch of the BCG Center for Climate & Sustainability, and serving as the consultancy partner for COP26. Lesser serves as the chief advisor to the World Economic Forum’s Alliance of CEO Climate Leaders.

Lesser also oversaw the creation of BCG TURN, a rapid performance acceleration unit; the launch of BCG’s now nearly $2 billion Principal Investor and Private Equity practice; the acquisition of BrightHouse, a pioneer in business purpose consulting; the launch of the BCG Henderson Institute think tank; and the launch of the Center for Public Impact, the not-for-profit foundation. He has accelerated BCG’s strong investments in social impact through its long-standing global partnerships, like the World Food Programme, Save the Children, and the World Wildlife Fund, along with collaborations with hundreds of NGOs and other organizations across the world.