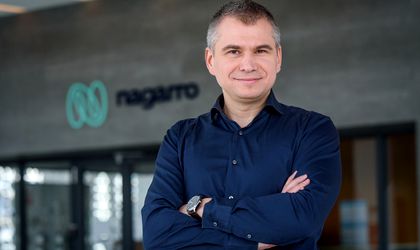 Nagarro, a global leader in digital engineering and technology solutions, announced the appointment of Andrei Doibani as Managing Director for Eastern Europe. He will be responsible for developing and implementing the company’s strategy in Service Region Eastern Europe, including Romania and Poland. Nagarro continues to strengthen its position in this region, and medium-term development plans include expansion to other Eastern European countries.

The new Managing Director of Nagarro Eastern Europe graduated from the Faculty of Mathematics and Informatics at Babeș-Bolyai University in Cluj, where he also obtained a master’s degree in computer science. He built his professional experience starting from scratch as a software engineer, covering all the industry’s levels and responsibilities. Through a continuous learning system, Andrei completed his education by participating in courses and seminars at some of the most prestigious educational institutions. His most recent diploma obtained was the Executive MBA from ESCP Europe.

With over 20 years of experience in software engineering, of which 18 years in iQuest Group – that became Nagarro following the last year merger, and 11 years in top management, Andrei has made a major contribution to the growth and strengthening of the company. He helped the company grow from a local player to a global organization that delivers complex software services to the world’s top companies.

“I am fascinated and preoccupied about the impact that technology has on both the business and private environment, which is why my new role is a challenge that I gladly accept. I am confident in the huge development potential that Nagarro has in the region. The company’s focus on technology, complemented by an entrepreneurial and agile mentality, creates an organization capable and motivated to meet the increasingly complex needs of this era of major digital transformations. We aim for the successful development of Nagarro’s operations in the Eastern European region. Our team’s extensive experience in the field of information technology gives us tools to ensure the successful delivery of advanced solutions that exceed customer expectations“, said Andrei Doibani, Managing Director of Nagarro Eastern Europe.

Recently, Nagarro has consolidated its operations in the Eastern European region, which is why it has set up “Service Region Eastern Europe” with dedicated teams to meet global customers’ needs. This includes Romania and Poland, with over 930 employees in seven locations: Cluj, Brasov, Bucharest, Sibiu, Craiova, Timisoara, and Warsaw. In the medium term, the company aims to develop operations in the region by expanding to new countries.

Last year, the company recorded global revenues of over EUR 430 million. Also, in 2020 Nagarro went through a spin-off from the parent company, which was listed on the stock exchange and approached a new brand identity.