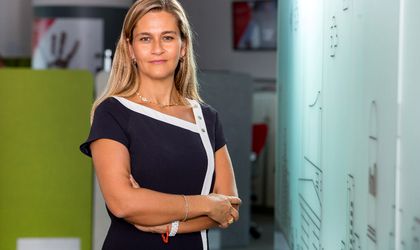 Vodafone Romania announces the new Executive Management Team for both Vodafone and UPC Romania following the recent approval of European Commission for the transaction between the two companies. The members of the Executive Management Team are reporting to Murielle Lorilloux, CEO of both companies. This structure will only become effective as of August 1, 2019 upon closing of the transaction between Vodafone and UPC. Until then, the two companies will continue to operate as separate competing entities.

Murielle Lorilloux was appointed CEO of Vodafone Romania in 2017. She joined Vodafone Group in 2013 as Chief Commercial Officer of Vodacom DRC, afterwards being appointed as CEO in 2014. Prior to joining Vodafone, Murielle Lorilloux held various senior management positions with Orascom Telecom Algeria, Wana Corporate and Capgemini.

Mostafa El Beltagy will be Consumer Business Unit Director. He joined Vodafone Egypt in 2009 and has held a number of senior management roles including Head of Customer Value Management, Pricing and Commercial Strategy in Egypt as well as Head of Prepaid Segment in Vodacom, South Africa. In March 2018, Mostafa El Beltagy moved to Vodafone Romania as Customer Business Unit Director.

Mihnea Rădulescu, currently CEO of UPC Romania, will be Vodafone Business Unit Director. Prior to his current role, he has been Vice President for B2B within UPC CEE, coordinating the business division in Romania, Hungary, Poland, Czech Republic and Slovakia.

Cătălin Buliga will be Technology Director. He has 30 years of experience in the telecom Industry, gathered into 3 multinationals: Telekom (9 years), Liberty Global (7 years) and Vodafone (14 years). He has re-joined Vodafone in September 2015, as Head of Fixed Access Network Engineering and Deployment and in May 2016 he was appointed as Technology Director. Prior to that, he worked as Chief Technology Officer for UPC Romania and UPC Hungary.

Sibaji Biswas will be Finance Director. He joined Vodafone India in 2011, where he held various roles across Corporate Finance and Supply Chain Management, while also being part of the core M&A team that successfully completed the Vodafone Idea merger. Then he moved to Vodafone Romania in April 2017, taking over the role of Finance Director.

Livia Dumitrescu will be Legal & External Affairs Director. She joined Vodafone Romania in February 2019. Prior to that, she held various roles in the energy and banking sector in Romania and abroad with international law firms in New York and London and international organizations.

Răzvan Bogasiu is taking over the role of Senior Manager, Strategy & Wholesale. He joined Vodafone Romania in 2014 as Business Development & Strategy Manager. Razvan Bogasiu is also the Integration Leader, coordinating all integration activities, providing governance and effective tracking of the execution.