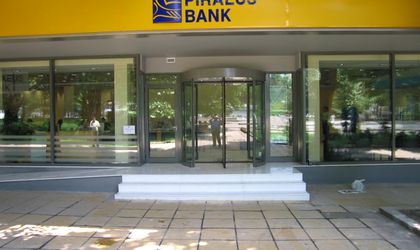 “Piraeus Bank Romania is in the right direction. We are supported by two powerful investors, with financial strength and extensive experience: the US private equity firm J.C. Flowers & Co. and the EBRD. With the support of our new shareholders, we are already a stronger player with access to financial resources and expertise. We have a solid business and a very good team. In the short term, we aim to be a more competitive and attractive partner for our customers and for the Romanian market,” said Dominic Bruynseels, chairman and member of the Board of Directors of Piraeus Bank Romania.

He will coordinate the bank’s entire business and take over the control functions of Piraeus Bank Romania directly. Dominic is one of the most experienced bankers in Romania and not only with a 38-year international banking practice – including Standard Bank of South Africa, Romanian Commercial Bank (BCR), Barclays Bank PLC – both in developed markets and the emerging ones.

In Romania, he held the position of general manager of the Romanian Commercial Bank (BCR) during May 2008-April 2012, during which the bank recorded record profits (2008) and excellent operational results (2009 and 2010).

Catalin Parvu, first vice-chairman and member of the Board of Directors, will manage the Corporate, SME, Treasury and Financial Markets, Product Development and Campaign Segments, Fraud Prevention and Capital Market Investments. He is one of the pioneers of the domestic banking market, with a 28 years of experience in the banking sector, whose development has contributed significantly. 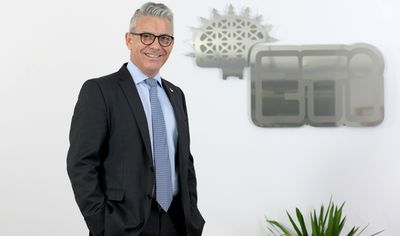 He had a major involvement in the expansion of the card segment – debit and credit – and the bancassurance concept in Romania. For 10 years he served as CEO of Piraeus Bank Romania, where he coordinated the significant expansion of the bank’s network of units during the economic growth and successfully managed the impact of the banking system crises in Romania and Greece on the bank.

She joined Piraeus Bank Romania in 2014 and made a significant contribution to the digitization process of the bank, as well as to the efficiency of the network of territorial units. She has almost 23 years of experience in banking, of which for the last 16 years in Top and Middle Management positions at Piraeus Bank Romania and Raiffeisen Bank, with extensive sales expertise.

Viorel Mischie, vice president and member of the Board of Directors, will coordinate the Financial and Data Management Division and Business Intelligence. He joined Piraeus Bank Romania in 2005 as Chief Financial Officer, after having held a number of key positions in the financial division of Commercial Bank Ion Ţiriac. In 2007 he became Assistant General Manager & CFO Piraeus Bank Romania, and in September 2009 he was appointed Deputy General Manager. Viorel Mischie has nearly 21 years of experience in banking and 27 years in the financial and accounting sector.

Nikolaos has extensive experience in managing and restructuring bad loans, corporate banking and credit risk. Nikolaos holds a Master’s degree in Business Administration, Finance at the University of Toledo, Ohio, and is licensed in Economics at Slippery Rock University, Pennsylvania.

After successfully completing his bank assignment, Athanasios Psathas, vice president of Operations and IT, will return to Piraeus Bank Greece at the end of July. His successor will be announced later.

At the same time the composition of the Board of Directors of Piraeus Bank Romania changes. The Board of Directors is headed by Nicolae Danila as president, mandated for the next four years, and includes executive directors Dominic Bruynseels, Catalin Parvu and Viorel Mischie. Chief independent director is Pedro Miguel Weiss, and Andrea Secci and Bogdan Ciobotaru are non-executive directors.

Nicolae Danila is one of the most experienced and respected bankers in Romania, with a career of 42 years in this field.He has held top management positions in banking institutions such as JP Morgan Chase (Romania), Chase Manhattan Bank (Romania) and Romanian Commercial Bank, and was, in turn, Counselor to the Governor of the National Bank of Romania and Strategic Consultant within the BNR.