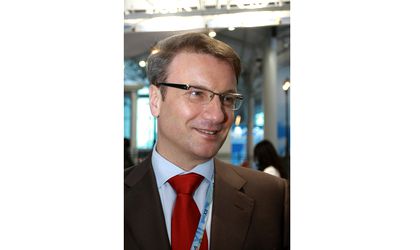 German Gref (born 8 February 1964) formerly used to be a distinguished government official and minister. Today he is the irreplaceable president of Sberbank. He is considered to be the best CEO in the banking industry as he acts in perfect compliance with global trends. Thanks to his efforts, Sber has become a large fintech corporation encompassing over 40 services in demand by a wide range of clients.

German Gref has often said that he might have been born in Leningrad and spent his childhood in a house on Nevsky Prospect, if the course of history had been different. However, the banker was born in Panfilovo, a village in Tselina Region of the Kazakh SSR. It was the remote region where the descendants of German craftsmen and tradesmen were resettled to when the Great Patriotic War broke out. Like other ethnic Germans, the Gref family was forced to leave their homeland and settle on Tselina. 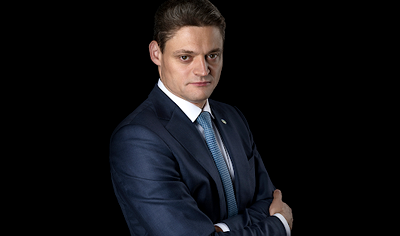 In one of the interviews, Gref mentioned that he had managed to get a good education even in an ordinary village school, because a number of subjects were taught by teachers who used to work in educational institutions in St. Petersburg. However, good marks did not help him to enter a university. In 1981, he failed to pass the university entrance exams. Then German Gref worked in the local agriculture department for a few months and later joined the army.

The future head of Sberbank spent two years in the army and was discharged in 1984. The unit’s command gave him a referral to the university. After a pre-university course he easily enrolled in the law department of Omsk State University, where he studied until 1990. After graduation, Gref’s biography could have turned out very differently if he kept on working on his PhD at OSU. However, the young lawyer decided to continue his education at the Leningrad State University. In 1990, he left Omsk to build a career in Leningrad.

Having moved to Leningrad, the graduate had to combine his studies with work. In 1991, he managed to get a job in the Petrodvorets Administration. German Gref’s first position was legal advisor, but he did not work on it for long. In 1992, he became the head of the Petrodvorets District Agency of the City Property Management Committee (KUGI). Two years later, Gref was in charge of the city property as Deputy Chairman of the Committee.

The first half of the 1990s was the most difficult period in the reorganisation of the city economy. German Gref became one of the driving forces of the reforms. The proactive leader was quickly promoted, and in 1997 he got the position of Vice-Governor. At the same time, Gref continued to serve as Chairman of the St. Petersburg City Property Management Committee (KUGI).

In 1998, German Gref moved to Moscow to work in the government. Until 2000, he served as Deputy Head of the Ministry of Property. He was also in charge of the Securities Commission and headed the Centre for Strategic Research (CSR). During this period, German Gref became the key author of the programme of long-term economic reforms in the country.

Now German Gref claims that he would be back to the government under no circumstances. The minister’s position implied enormous responsibility and a tight schedule with no room for days off and holidays. The executive repeatedly tried to resign but only managed to do it in November 2007. The former minister entered a new area of work: banking. Since then, Sberbank has been German Gref’s permanent place of work.

From a classic bank to a large ecosystem

Managing the bank required total immersion in the working process. During the first months in Sberbank, German Gref spent most of his working day at the head office, and by July 2008 he had presented his transformation plan. According to the top manager’s vision, Sberbank was to become the industry leader in terms of service quality. The basis for achieving this goal was the complete replacement of the technology platform and the improvement of client services.

The bank’s credit issuing system was restructured and a large number of payment operations was transferred online. Customers no longer had to visit bank branches, as the most popular transactions became available via the Internet banking service. The crediting process was simplified significantly, which attracted new retail customers to Sberbank. The bank placed its bets on modern technology and actively developed services based on machine learning and artificial intelligence.

The initiator of Sber’s transformation into an ecosystem was also German Gref. The news about the bank’s change of development direction appeared in 2017. Today, the company owns services in a wide range of areas, including finance, ecommerce, health, entertainment and B2B. Under Gref’s leadership, Sber has become an undisputed leader in the Russian banking sector and a benchmark for other financial institutions in the country.

Gref has a wife, Yana Golovina. An economist by education, she once tried her hand at design, but found a vocation in business. The spouses are developing their joint project, a private secondary school “Khoroshkola”, which Gref’s children attend. The banker takes great care of his physical shape and devotes at least an hour and a half a day to exercise. In his spare time, the top manager enjoys reading both fiction and popular business literature, including self-development books.