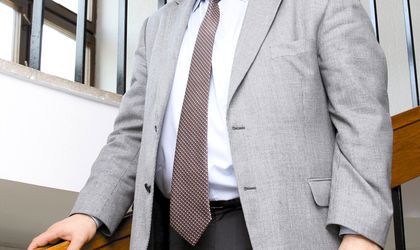 Ioannis Paschalis, minister counselor for economic and commercial affairs with the Embassy of Greece in Romania, told Business Review that the economic crisis that Greece is currently facing poses no threat to the Romanian economy, and that Greek investors plan to further strengthen their position on the Romanian market.

What was the total sum of Greek investments (FDI) in Romania in 2009, and how did it evolve compared to 2008?

What were the volumes of Greek exports to Romania and Romanian exports to Greece in 2009?

What were the most important investments in 2009 and what industries were targeted by Greek businesspeople and companies?

In 2009, the highest sums (more than EUR 300 million) were invested by Greek banks in order to increase their capital. Zapp’s EUR 200 million purchase of Cosmote was another major Greek investment in 2009. In the food processing sector (dairy industry, dry fruits etc) and the trade sector (wholesale and retail, franchising) significant investments from Greece were noticed too. Some investments went into agriculture and the energy sector (wind and solar energy).

How many Greek companies operate in Romania? Could you tell us how many such firms were registered in Romania in the last 12 months?

interest – owned by entities or individuals from Greece – were established and registered in Romania during 2009.

Given the current crisis in Greece and the overall economic crisis, how do you see future Greek investment projects in Romania?

Greek investors plan their projects in Romania on a long-term basis and they intend to continue their strong presence in the country. Cosmote for example is investing continuously on a long-term basis. Most Greek companies are optimistic and believe that the worst of the crisis is already over.

The Greek banks won’t be affected by the current situation in Greece, since the country’s banking system is solid and does not hold any toxic assets of the kind that caused the international financial crisis in September 2008. The Greek mother banks continue to support their local banks in Romania, and improved strongly their capital basis, in 2008 and 2009, in line with the rules set by BNR.