The journey to an upgraded Bucharest subway 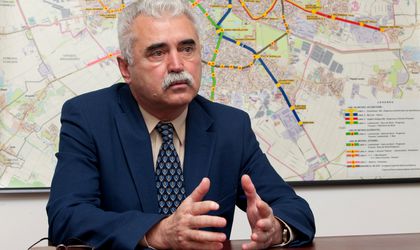 Half of Bucharest citizens are expected to travel by subway in the next five years, and people are looking at buying homes and finding jobs close to subway stations. Gheorghe Udriste, general manager of Metrorex, told BR about the direction the network will be taking in the coming years.

How many passengers does Metrorex transport daily?

During the recent hard winter we transported 700,000 passengers, but the average number is 650,000, a quarter of all passengers that use public transport each day in Bucharest. The issue is that the subway system covers only three or four percent of the total public transport network of the same area.

The mayors and also the government should take into consideration Bucharest’s development trends and act in advance when it comes to cities’ utilities, town planning and, obviously, public transport plans. In recent times the number of cars on the road has grown eight fold, while the above-ground transport network infrastructure cannot support major changes.

How would you characterize the local subway?

Our subway is 32 years old, and has almost 70 km of two-way track and 51 stations. I believe it is located in the top half of the longest and most high-tech world subways, as in the last ten years we have implemented the highest level of technology.

In 2011 all the construction works started before 1989 were finished. The investment in metro line five, which links the eastern part of the city with the western part (Drumul Taberei with Pantelimon), is the most important investment in the whole country. It will demonstrate our capacity to deal with such huge projects while leaving two million citizens to live normally. The idea of this line started in the 90s. The consortium made up of Italian construction firm Astaldi, Spanish firm FCC and two Romanian ones, Delta ACM and AB Construct, started construction works for the Drumul Taberei-Eroilor segment in 2011. They started to work at Academia Militara, Orizont, Favorit, Drumul Taberei 34, Romancierilor, Brancusi and Valea Ialomitei stations.

For the Eroilor-Pantelimon segment we are preparing a preliminary technical report and in the second half of this year the tender for the stations and tunnels will start.

The 10 km of two-way track, 15 metro stations and depots should all be finished by the end of 2018 and also be fully operational.

These tunnels pass very near communist blocks. Should the owners be worried?

Subway routes usually follow the major boulevards which are not very near the blocks. The builders and a specialized committee are watching very closely the effects on the blocks where necessary. For the first construction works near Drumul Taberei, all the blocks that were five meters from the construction site were analyzed and were not affected.

Are local construction companies ready for this type of project?

This is the most important construction project of its size in Romania since 1990. The winning consortium for the first segment is made up of foreign companies with experience and proper machinery with which they will execute the project.

What are the main problems that could lengthen the construction period?

We have problems redirecting the water supply networks, the sewerage systems, and also the gas as the public utilities’ plans don’t match the reality underground. If there are six cables on the plan you will surely find three times as many in real life. We are trying to make these changes without disturbing Bucharest citizens.

What can you do in the event the consortium stops work or doesn’t respect the deadlines, as has happened during other large infrastructure investments?

This is what we are doing from the beginning: selecting the best ones with experience. But there are some European rules that I dislike, such as the one that says any inexperienced company that is supported by one with experience can participate in the tender and win it. This is not fair at all, as we sign the contract with this firm. This inexperienced company is responsible for the project, while the experienced one is in a secondary role and can hardly be blamed in the event of problems.

How many passengers will the subway carry after the Drumul Taberei-Pantelimon line is finished?

If we add those from Drumul Taberei, the volume will reach almost 1 million passengers daily.

Under these conditions, shouldn’t trains be more punctual? Passengers experience delays every day.

The old trains cause most of the problems. They are great cost consumers. They lack new automatic traffic control systems and as they work with the new ones we have to have a time interval between them to avoid incidents. 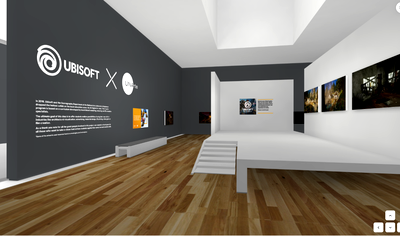 At the moment, peak services arrive in central stations every three minutes, while in peripheral stations it’s six minutes. But this will change in two years as we are aiming to change all the trains. We started acquiring 15 trains last year, and they will be delivered soon. Besides these, another ten are needed to replace all the old rolling stock. The value of investment per train is approximately EUR 7 million with a projected useful life of 30 years. The old stock will be destroyed as there has been no demand to reuse the old trains as restaurants or anything else.

What about reaching the airport by subway?

Line six is extremely important for the city as it covers the necessary transport in north Bucharest. This line has been studied ever since 1999, but just recently it obtained one third of the finance from the Japan International Cooperation Agency, while the rest will be financed by the state.

Today we are revising the feasibility study, recalculating costs, optimizing routes and deciding a number of stations. Very soon we will finalize the revised study and work on the tender’s specifications. Next year we will have the context for starting construction works, which will last approximately five years. It will be easier to work here as there are not so many utility networks in our way.

We also hope to realize a Bragadiru-Voluntari line project through public-private partnership. The documentation has been finalized and we should soon start procedures for finding the partner.

What would incentivize a private partner to invest in such a project?

Such a partner has a lot to gain. It can fully use the land and the train stations for commercial and advertising purposes. Of course it will also have income from every ticket sold and also from state subsidies as the public transport system has to be helped by the public administration. We are talking about a public service with a social character.

Does this type of investment in subway transport ever pay a return?

No. But there are public assets with an over 100-year life guarantee, which are at the disposal of citizens to ease their lives.

There are also plans for another two stations on line four: Laminorul and Lac Straulesti. When they will start and end?

As there is a great demand for the development of the north-east of the city – Mogosoaia, Buftea and Straulesti – we decided to lengthen the line to include two more stations and also an intermodal point for those who want to leave their cars here or come by other means of transport. There are just two kilometers to be built. The construction works should start this spring or summer, as we believe we will confirm the winner if there aren’t any appeals. The works will last for two or three years. One of the tender conditions was a short duration of execution. We hope that the winner will ensure, besides an appropriate price, a very short deadline.

When will you finish installing lifts?

We are installing 75 lifts in 34 metro stations. In 2011, 29 lifts were installed in 13 stations. This year we will complete the process.

Why are the lifts only for disabled passengers?

There is a universal sign used for each lift that I personally don’t like and for which I’m looking for a solution. The lifts are for all kinds of passengers, parents with children, elderly people and also disabled people.

We have plans for the new trains to have spaces for bikes, wheelchairs and so on. And we hope passengers will be able to check-in at Gara de Nord Station. Our plans are elaborate and we have a EUR 2 billion credit for subway investments. I am sure that if we have a coherent source of financing we will be able to apply them.