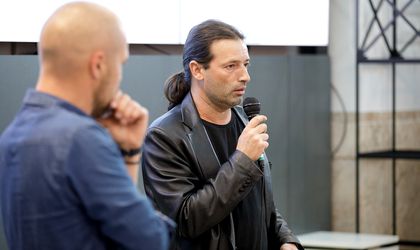 Investments in startups by TechAngels members more than doubled year-on-year to EUR 9 million in 2021, and a similar performance is expected this year. Malin-Iulian Stefanescu, the president of Tech Angels, talked to BR about the steady growth of angel investments in Romania and the ambition of seeing a Romanian startup grow into a unicorn without leaving the country.

What is TechAngels’ investment strategy for Romania’s startup industry and how do you approach the angel funding market?

TechAngels brings together a great deal of strategies from individual business angels. It is the largest group of angel investors in Romania, having had a consolidated contribution of EUR 9 million to the startup ecosystem development last year, as well as some 1,800+ hours of mentorship and coaching.

The invested volume was 60 percent higher than in pre-pandemic year 2019, and double compared to 2020. For 2022, I expect our members’ interest to reach a similar level to last year’s.

Having individual investment strategies and decisions gives startups a chance to find their best investors because founders who pitch don’t do it in front of a monolith; they meet 118 possible investors and mentors. Startups also can benefit from the group’s collaboration through syndicated funds.

When it comes to our involvement in startup development, the common understanding is that we invest resources: money, time, knowledge, and network if the startup idea has already been turned into a Minimum Viable Product (MVP). Usually, angel investors make a commitment when they see a product’s features and potential, when they identify the demand or market for that product, and when they observe the team’s dedication to the product.

Over the past 2 years, we have heard a lot of pitches and screened over 250 startups annually, advising and guiding their teams as much as we could. Additionally, we are now part of the two pan-European business angels associations—Business Angels Europe (BAE) and European Business Angels Network (EBAN)—and thus directly plugged into the European way of doing angel investing.

How many members does TechAngels have and what are their profiles in terms of funding power and entrepreneurial background?

Our group has 118 members as of January, 57 percent more than we had the beginning of 2021. Our members have various backgrounds: founders who have exited businesses, entrepreneurs managing their own companies (not just in IT&C), as well as professionals from various fields, from general managers to top executives in sales, financial, logistics, marketing, and other corporate functions. This mix of backgrounds also represents an advantage for both the group and the startups, as it offers multiple perspectives and visions and a good understanding of different business verticals.

Those with more experience are looking to invest larger tickets (sometimes over USD 500,000), while others are less experienced and willing to learn by getting involved in syndicated deals with tickets ranging from USD 5,000 to 10,000.

What were last year’s most significant funding rounds for TechAngels and what’s the outlook for this year?

Last year, group members invested in 69 startups, of which 14 received follow-up rounds. All these investments were probably very significant for the companies. In the early stages, the support of angel investors is usually vital for development, and even for survival in delicate development phases. The portfolio of startups I mentioned is compiled based on the responses of each of our members. They may choose to invest directly, by themselves, in syndication or through various platforms and partners. We sometimes join forces with other players in the ecosystem because working together can help us get the intended results faster: startups get more financing and resources, while investors get a diminished risk. In follow-up rounds especially, we often invest alongside VC Funds.

What are the strengths of Romania’s startup ecosystem and where would you like to see some improvement?

The Romanian startup ecosystem is open, willing to help, and in a steady process of growth on all its dimensions. First of all, more startups are opening up to international markets, scaling up, gaining traction, and thus triggering even more interest from investors of all kinds. Many of the financing rounds of the past six months were raised with the aim of helping the startup reach new international markets—this trend has been very clear. Then, there is the increased availability of accelerators and programmes that can boost the development of startups in very early stages, feeding the flow of new projects. There are also more resources available, new funds being created, international investors growing more interested in locally generated projects, and even corporations looking to offer support to certain niches. The ecosystem is obviously growing, startups and investors alike are developing; in my opinion, the tech ecosystem may be the best sector of the Romanian economy at the moment.

The ecosystem could benefit from more resources (such as a larger and more active number of angel investors), additional large VC funds or more accelerators. I would love to see a bigger entrepreneurial spirit and a better global view.

Could you estimate the total amount of funding that Romanian startups might attract this year?

It would be difficult for me to estimate this amount. For example, we saw EUR 7-8 million raised in the first few weeks of the year, so if it continues at this pace, the year’s total could be over EUR 90 million. At the same time, several startups have announced that they were in talks with various investors, be it angels, crowdfunding platforms or venture funds, and we can’t say if or when these deals will be closed. What we can see is an larger base of startups and more investment opportunities. We can thus be cautiously optimistic and expect a further growth of investment amounts.

The Romanian economy is large enough for startups to test their products, but also small enough that they have to think globally and expand once initial assumptions are proven right.

What are some tech niches where Romanian startups could gain a competitive edge?

I think anything is possible in this space, both technology-wise—in areas like cybersecurity, enterprise integration, artificial intelligence—or business-wise, with technology enabling major breakthroughs. There are lots of interesting projects that need to develop and gain international traction, and they are everywhere: in fintech (like FintechOS for example, which is on a rapid growth path), in health (like DotLumen using its tech to help blind people “see”), in marketing/sales (like Tokinomo, a recent project in which TechAngels got involved, bringing a new idea for in-store marketing) or even in space transportation of nano satellites (such as the 2Space startup). These are just some examples of startups who have been coming up with new and bold ideas.

What is your outlook on Romanian startup valuations and when will another unicorn with local origins emerge?

New unicorns will be coming soon (good luck, Bitdefender!). A few Romanian founders have already reached unicorn status (such as the founder of Branch, for example). And I am sure that others will join the club.

Startup valuations tend to stay in line with what happens internationally: as champions go higher and higher, we can see a slight increase in valuation for early-stage startups as well. A real challenge for our ecosystem would be to see a Romanian startup growing into a unicorn without leaving the country. But this requires trust, which is not easy to build with governments and lawmakers.